Bad Machinery Volume 2: The Case of the Good Boy by John Allison 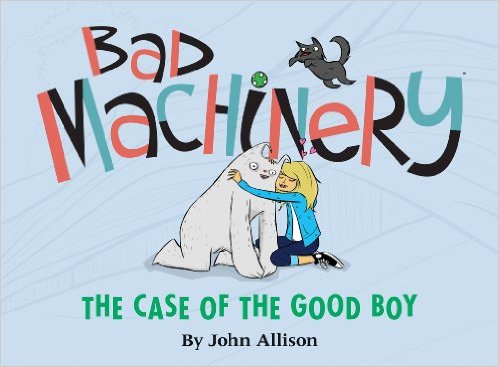 Bad Machinery Volume 2: The Case of the Good Boy continues a web-comic by John Allison. Four 12-year-olds have made the transition from childhood curiousness to the tween sense of concern, that is to say, their actions lack urgency. The kids exhibit traits of “Twee” culture (after James Parker’s writing in The Atlantic), but despite the frequent punch lines, they seem too easy and monotonous.

In this tale where duty outweighs passion, a real sense of mystery and the sinister would do well to appear in this adventure/mystery comic. It is lacking in all but two early sequences where toddlers and an enchanted pencil go missing. The climax and denouement of the story never match the promise of those early challenges of The Case of the Good Boy.