Dreaming for Freud by Sheila Kohler 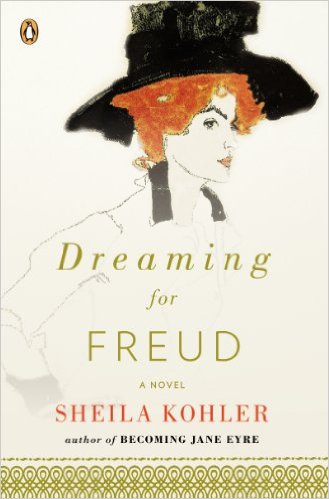 In Sheila Kohler’s latest novel Dreaming for Freud, the famous Sigmund Freud is depicted through the eyes of arguably his most influential patient, the anonymous young girl who inspired his Dora: An Analysis of a Case of Hysteria. It was this case that formed his idea of transference and perfected his methodology of psychoanalysis, that has made him a household name today. This particular story takes place early in 1900, when Freud was a young man still attempting to support his family and garner recognition with the medical community. Dora is suffering from pain without a clinical source and is forcibly brought to Freud for treatment by her father, a former Freudian patient. Through their time together, Freud comes to believe that Dora’s pain is being caused by an unvoiced mentally traumatic incident.

With the backdrop of anti-Semitic prewar Vienna and the dual perspective of Freud and Dora’s personal struggles, Sheila Kohler blends Freud’s case study with glimpses into the lives and motivations of these real people. The narrative itself was a bit difficult to follow because, though the action was clearly taking place in the past, it was written in present tense with snippets of future events revealed amidst the action. For example, at one point Freud is enjoying a cigar, and the description reveals that lung cancer is what ultimately kills him.

Despite the temporal incongruence, Kohler brings up several intriguing what-ifs in her narrative. What if Dora made the whole thing up in order to please her doctor? She was by all accounts an intelligent and well-read young woman who could have easily picked up his previously published work on dreams and fabricated her dreams in the same style. Ms. Kohler also attempts to answer the question of why Dora’s treatment abruptly halted despite Freud not believing her to be cured. What if Freud misunderstood the source of Dora’s discomfort by transferring some of his own psychological struggles onto Dora? Would this make his ultimate impact on today’s methods of psychoanalysis any less important?