Thorn Jack: A Night and Nothing Novel by Katherine Harbour 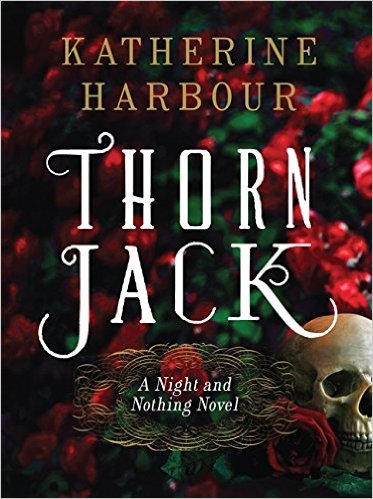 Katherine Harbour’s Thorn Jack takes advantage of the contemporary vogue for paranormal romance to retell the tale of Tam Lin. Finn, a college freshman, moves across the country with her father after her sister commits suicide. While she deals with her grief and tries to figure out how to move forward with her life, she is subject to a series of increasingly weird and threatening events. This novel transcends the standard teen romance fare; Finn is a strong protagonist, has a personality, and doesn’t wait around for prince charming to rescue her. Her friends Sylvie and Christie have strengths and weaknesses, rather than simply being two-dimensional sidekicks. Unfortunately, the rest of the characters in this story aren’t as lucky. The lover who needs rescuing from the fairy queen is a stereotypical modern emo boy, complete with hints at his bisexuality. While there are some fascinating visuals in the book, neither the college nor the town ever really seems to be well-defined. There is also a pervasive theme of poking fun at liberal arts colleges that never goes beyond making jokes about zany classes. Thorn Jack is a quick read, and it will probably be popular with teenagers, or even adults looking for a slightly darker beach read. Despite some real strengths, however, the novel won’t stand up to a lot of scrutiny.