Cover Up by Damien Comerford 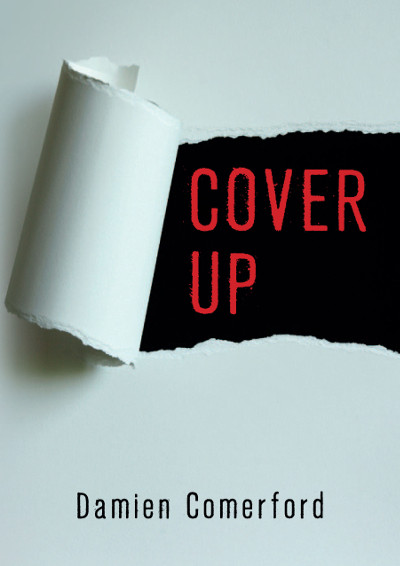 A good conspiracy theory is like a good detective movie. Half the fun is watching the crime unfold and the other half is trying to solve the mystery. And in Damien Comerford’s meticulously researched book, Cover Up, the reader is given more than enough information to try to figure out the secrets behind plane crashes, papal poisonings, and the infamous automobile accident that claimed the life of Diana, Princess of Wales.

The five tragic mysteries explored in this book are each as compelling today as they were the day they occurred. The greatest strength of the book is how well each chapter speaks to a “Where were you on that day?” type of memory that readers will have while still bringing up new ideas. With the trained eye of a journalist, Comerford has collected and organized a tremendous amount of information in this book, and he has taken great pains to deliver it without the sort of bias normally associated with conspiracy theorists. And while sometimes that means the book reads like a history essay, this is offset by the more dramatic scenes, which introduce the reader to the characters, situations, and contexts that become so important later on. Comerford’s stories are equal parts education and guilty pleasure, though it would be nice if the two blended a little more seamlessly.

The trouble with conspiracy theories, unfortunately, is that unlike a good detective movie, we know from the start that these real-life mysteries never get solved. For all the exciting ideas and closed-door scandals the book gives us, there’s not much to say in the end except that we may never know the full truth. It might not give the same type of satisfaction as a crime thriller, but at its core this book is an example of truth being stranger than fiction. One of the greatest pleasures for readers isn’t so much asking What Really Happened? as much as realizing that This Really Happened. Fans of history and true crime alike will find something to love in Comerford’s book.