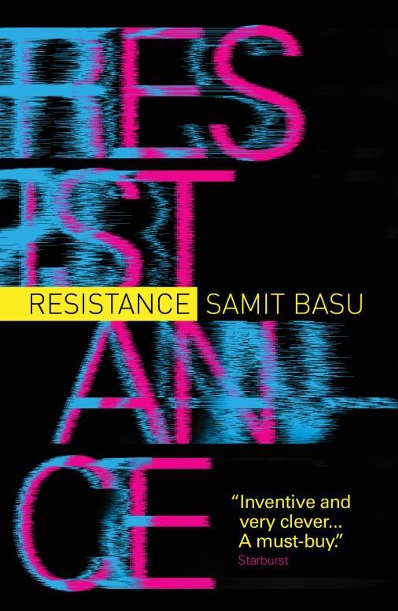 The sequel to Turbulence, Samit Basu’s Resistance continues the narrative of a world where superheroes are an everyday occurrence. Eleven years ago the passengers of flight BA142 developed fantastic abilities and heralded a new wave of superheroes, as well as the inevitable villains. The Unit works to maintain a balance, but they are stretched increasingly thin. Meanwhile, super humans are going missing and tensions between the humans and the supers are about to boil over.

Resistance is a fascinating and complicated novel delving into the potential ramifications of a world overrun with super humans. While it is possible to read Resistance without having read the previous book, the sheer number of characters and their relationships with each other might be a bit overwhelming for readers who jump in with book two. The characters in the novel take a backseat to their superhuman abilities, which, combined with the plot, political alliances, and betrayals, is what drives the narrative forward. Readers looking for a deep emotional connection with the protagonists or antagonists should look elsewhere. This is a book that really shines with its action scenes but tends to get bogged down by its own complexity. Resistance is a good read for fans of the superhero genre in all its many mediums, but the average reader might be in a bit over their head.