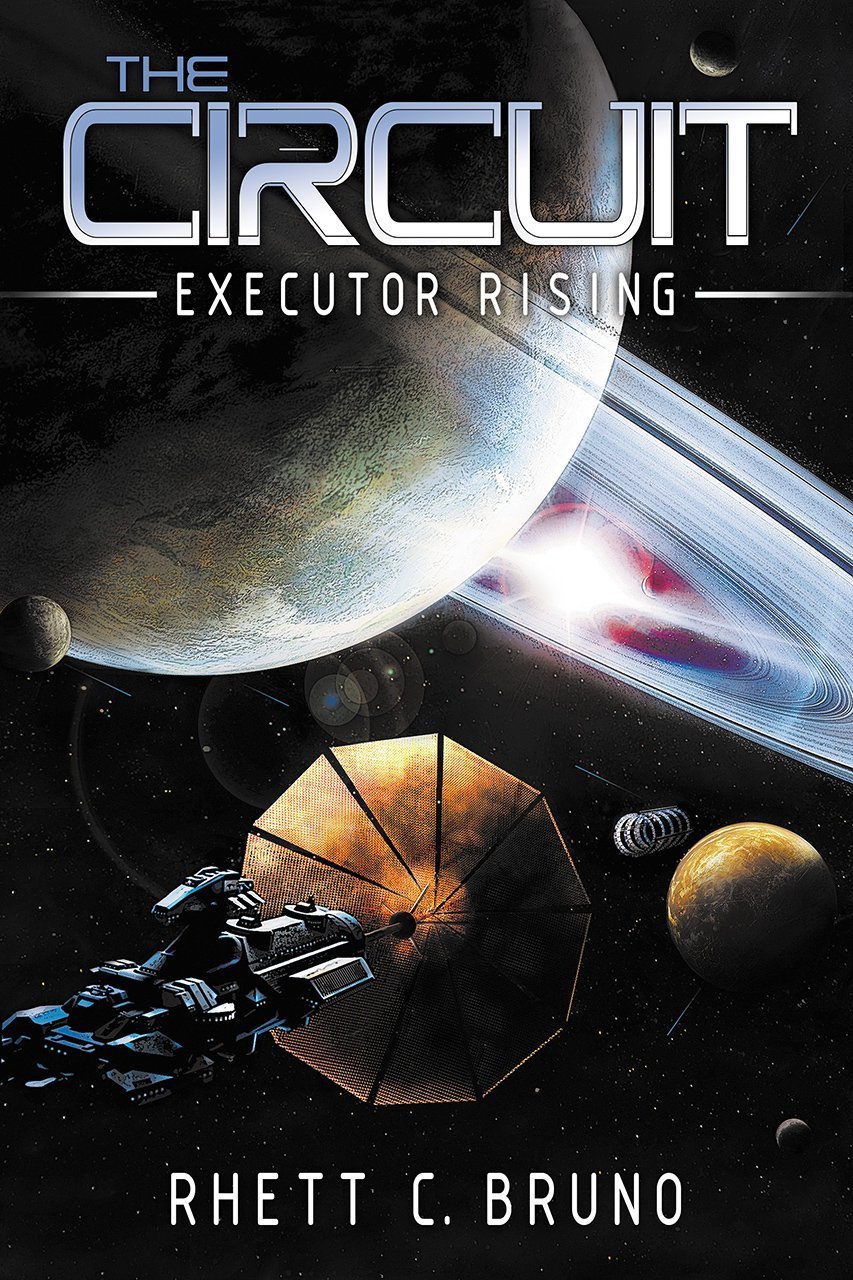 Far in the future, Earth has been rendered uninhabitable. Colonies dispersed throughout the solar system provide habitation for humanity – but lately, these colonies have fallen prey to deadly attacks. The New Earth Tribunal, a religious-government sect that has all but taken over the Circuit (the name given to the collection of colonies as a whole), seeks to figure out the root of these attacks, unaware that a former member of their elite is actually the mastermind.

But, really, there is so much more to the story. Rhett C. Bruno’s novel The Circuit: Executor Rising tells many tales, each character playing a very different role in the book’s dystopian future. From the vindictive, traumatized genius, his blood boiling with resentment and regret, to his android of incredible strength and intelligence (a surrogate son cleverly named Automatic Dynamic Intelligence Mech, or ADIM), to the beautiful young member of the Tribunal’s top-secret Executor sect, her life thrown into disarray after stopping yet another attack on humanity, The Circuit weaves a complex tale that seems at once otherworldly and timely. It may all sound rather standard for a science fiction novel, but with The Circuit, Bruno has crafted a complex, multi-dimensional story that combines the best of his genre with age-old truths—and quandaries—about humanity, politics, religion, family, and, yes, love. Regardless of one’s opinion on the merits of science fiction as a genre, one would be remiss to neglect acknowledging that it often is little more than a shiny, futuristic, mechanical allegory for what is going on in our time, and The Circuit contains elements of this as well. It both exists outside of our time and within it, the technology surpassing our reality, but the characters and their motivations very much relevant to humanity throughout the ages.

Science fiction was once a genre that I simply could not comprehend. However, with books like The Circuit, and authors with Bruno’s chops, this reviewer may soon have to accept that, given the right circumstances, she can, in fact, enjoy a science fiction novel…a lot.