The Confabulist by Steven Galloway 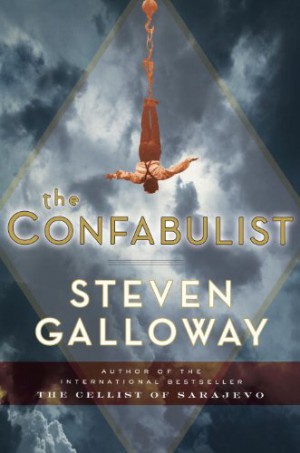 A simple man named Martin Strauss believed he was the man who killed Harry Houdini. Upon reading in the newspaper that he was known to be the killer, and receiving an anonymous note advising him to flee, he left his home and the love of his life, changed his name, and lived the lonely life of a fugitive. His story is told in this book alongside the story of Houdini’s amazing life of fame, illusion, and intrigue. Houdini’s infamous escapes are described in detail, explaining how they were accomplished.

This is a work of fiction, but the author has based the interesting story of Houdini on historical accounts of his life and career. While entertaining, this is not a book to skim over. If the reader is not paying attention, it can become confusing. Each chapter begins by announcing whether it is about Strauss or Houdini and lists the year the chapter covers. The timeline skips forward and backward over the course of the book. Add international politics and spying, and you have a complex quasi-fictional account of the life and times of the famous illusionist.