The Necessity of Rejection 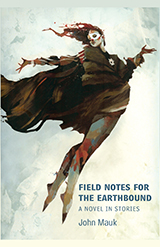 This summer, my wife and I had a dinner party—a handful of friends, several courses, bottles of wine, long talks, and mellow music in the background. Things were going well: the wine tasted right, the pork wasn’t dry, and a light string ensemble chirped along beneath our discussion. Halfway through the main course, the CD player clicked and Tom Waits started growling and yawping at us. If you know Tom Waits, especially his more recent work that sounds like a melodious orc yelling up from the basement, you know what I mean. Tom Waits is not dinner music. He’s scary and beautiful and arresting. You can probably sense my point: Good art doesn’t always fit the occasion. In fact, art that matters to people—that grows old, wrinkled, and torn because it gets handled and cherished too much—often begins its life without a home. It wanders around. It gets ejected and rejected.

Art that fits nicely into a slot isn’t art; it’s cultural fodder, dinner music, coffeetable books, framed watercolor prints on lobby walls. All such stuff is easy on the brain. It gets consumed automatically. But if literary writers are doing what we do best, we create work that doesn’t quite fit—that’s a foot or two out of bounds. I’ll put it more directly: Our job as writers is, in part, to push against prevailing aesthetics, to stretch wonder outward, to make jaws clench, to make smart people whince, to infect the chronically ironic with real emotion, even to make disaffected smart alecks cry like suffering children. Our job is not to get published but to make readers (some of whom are editors and publishers) pause for a moment and enjoy the sound of their own wonder. When the right editor reads the right story or poem and wants to celebrate its particular voice, sound, or tale, we get read more widely. We become reified as art. But art is the process not the reification.

Writers learn thousands of rules and conventions. We submit ourselves to a discipline, genre, and technique. We disappear into the work. But we also resist. We should resist. We should, at least, stand outside the easy comforts and sacred dogma. Think of the old saw show don’t tell. That’s good advice. It’s helpful because it calls fiction writers out of the reflex to spew exposition. But that rule, when put alongside every other commonplace rule, can create flat and uninspired fiction. It can silence an awesome motor-mouth narrator or a clip off a lush stream-of-consciousness chapter. And if show don’t tell were held up consistently, we’d have to jettison lots of great work—Borges, Virginia Woolf, W.G. Sebald to name a few.

I’m not arguing that good art should chafe against all sensibilities. Art doesn’t have to offend. Even when Tom Waits is growling at us, when Virginia Woolf’s narrator slides down the rabbit hole of self-consciousness, or when Jorge Borges flips reality the bird, the aesthetic experience is profoundly pleasurable (for a few million of us). I’m arguing that writers shouldn’t get shy, outraged, or reticent after rejection. Good writers, great writers, all literary writers work at the edge of mainstream culture. We make editors, critics, reviewers, friends, parents, teachers, and each other a little nervous or nauseated sometimes. That’s our job. And so it goes. For every rejection (like the one I received yesterday), there are hundreds of other editors—savvy readers waiting not to fill a slot but to make way for something that knocked them a little silly.

Of course, my point begs some questions: Is a rejected work any good? Does it have force? Or is it simply unfinished, unworthy, or uninteresting? It’s hard to know. And I’m not, here, interested in the difference between rejectable and worthy, but in the nature of rejection: Let us see it as a basic element of the artistic process and a reflex of culture itself. Aesthetic works are always bouncing off the fortress of cultural identity. We fling a story or a poem and it bounces back at us. We pick it up and fling it again. That’s how the whole thing works. 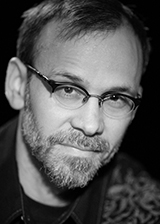 John Mauk grew up on the Ohio flatland. He has a PhD in English from Bowling Green State University and a Masters from the University of Toledo. Trained in rhetoric and composition, he developed four college writing textbooks (published by Oxford University Press and Cengage Learning) and then migrated to fiction after reading Gabriel Garcia Marquez. In 2010 his short collection, The Rest of Us, won Michigan Writer’s Cooperative Press chapbook contest, and one of the stories therein was nominated for a Pushcart Prize. He was recently named winner of New Millennium Writings 2014 winter fiction contest. His first novel in stories, Field Notes for the Earthbound, is available on Black Lawrence Press. Currently, Mauk teaches writing at Miami University in Oxford, Ohio.
For more info, visit www.johnmauk.com.