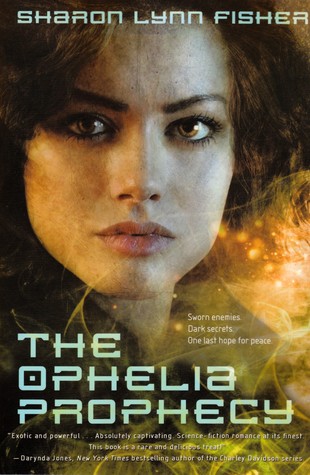 In the far future, humanity is the one that is an endangered species. Intelligent insect-like species are the dominant ones. That is the basic premise of this new science fiction novel from Sharon Lynn Fisher. It follows the two main characters Asha and Pax. Asha, who is human, wakes up next to Pax on the lakeshore with no memory of how she got there or who Pax is. Pax is a Manti, a race created by humanity as helpers who then grew intelligent and overthrew their human masters. Pax brings Asha to the Manti capital city to find out what is going on. But Asha secretly has a plan of her own. And the truth about the Manti and the humans will shock both of them.

This book works at a breakneck pace; all the events seem to happen within seven days, which is impossibly fast, even on the romantic aspect of the story. Also, it is wildly uneven at times. With long banter between the two main characters that gets boring after a while, and then when the love story heats up it gets bogged down in that, it’s an interesting concept, just not the best execution.