The Turning by Steven P.R. 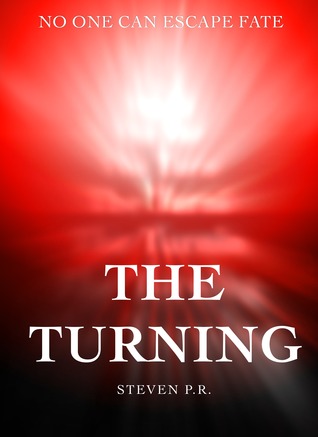 Post-apocalyptic life just ain’t no fun. That’s what Ricardo and his girlfriend Linda discover as they near the end of their high school careers. An event that comes to be known as The Passover occurs and a large percentage of humanity turns into demons. A simple trip to the mall becomes a nightmare for the two lovers as the mutated demons attack furiously, ravaging everything they can. And it doesn’t end there. While the government and the people try to make life as normal as possible and Ricardo and Linda marry and start a family, there’s only so much that can be done. The annual anxiety on the anniversary of The Passover – the forced herding of people into a controlled area to make sure those who mutate can be dealt with (aka killed) before they are able to cause damage – takes a toll. As evidence of a new Passover comes, Ricardo, Linda, and their children decide to set off to Austin in search of Linda’s sister and greener pastures.

And that’s where everything really falls apart in Steven P.R.’s The Turning, a novel that investigates human nature under dire circumstances and our resilience to the most horrible, impossible situations. Ricardo and his family are faced with disaster after disaster in their journey as they encounter many different types of people, most of them lacking the internal fortitude to maintain their humanity in light of the rampant lawlessness. They struggle at every turn to live as normally as possible.

Steven P.R.’s premise and story are interesting, but at times Ricardo’s behavior does not make sense. They serve to introduce action, but they are too often no more than plot tools that are illogical in light of the story. For example, at one point, to test his theory that the demons have been eradicated, Ricardo goes out without a weapon. This makes no sense. Nobody would do that – especially considering everything the character has already seen and experienced. Additionally, the novel could use some strong editing and a little more character development. But as a story-driven allegory, The Turning has tons of potential and is interesting and a fun read. And with some revision, it could be a really solid novel.