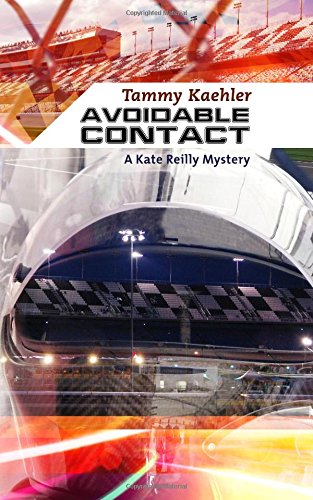 Kate Reilly is at Daytona to race in a 24-hour long relay race. She is part of a team that includes several drivers who will drive shifts in their Corvette. Before she has a chance to race, she receives word that her boyfriend, Stuart, an executive in the racing organization, was critically injured by a hit-and-run driver while crossing the street outside the racetrack. Told he is in a coma, she makes the painful decision to go ahead with the race. While waiting her turn to drive, she receives an anonymous text saying Stuart was deliberately run down. She and her best friend Holly start asking questions around the pit, trying to determine if anyone involved in racing was the hit-and-run driver. At the same time, Kate has to deal with hostile and estranged family members who are also involved in the race, and may be involved in Stuart’s accident and other crimes.

A genuine look into the world of racing is only part of the interest in the story. Layer after layer of suspense unfolds throughout, and parallels the excitement of the race itself, which is described in riveting detail. The affable and believable Kate and Holly face danger and fight corruption in this well-written, fun and fast-paced novel.