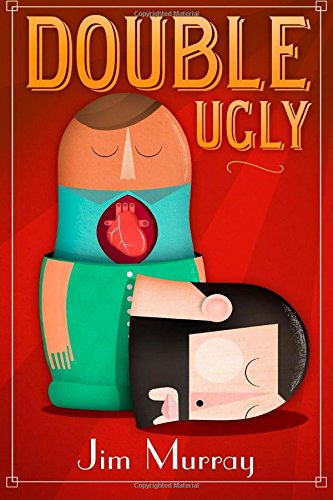 Double Ugly by Jim Murray is captivating, catching your attention from the first page. It is a very well-written, fast moving crime novel. Having a hilarious beginning, step by step the story reveals its dark and tragic sides. Jim Murray’s writing style makes it great read for noir fiction fans!

To provide a solid ground to his family, Armand Burke has abandoned his biggest dream of becoming an actor. Instead, Burke has worked in the Irish police force in different departments, for  fifteen years. Looking after cigarette smugglers doesn’t satisfy Armand’s ambitions. This ordinary police job in the Undercover and Surveillance unit lacks excitement and drama. Armand dreams about an undercover job where he thinks he can demonstrate his great acting potential. It’s funny, and pretty obvious for everyone except Armand why he can’t get such job. But Armand wants to do something big – significant – to become acknowledged and famous. Armand’s prayer for a life changing event is “answered” on his thirty sixth birthday. It isn’t exactly what Armand has been looking for. This pivotal moment transforms Armand’s life in a completely different direction. Heartbreaking events followed by the discovery of a known prostitute’s dead body in his bed leads to Burke’s retirement from the police force. No one would wish for Armand’s life changing experiences. However, Armand’s new enterprise helps him in the investigation of this, and other outrageous cold case crimes and murders.

“Detective Sergeant Armand Burke saw life’s mediocrity as a wilderness from which he yearned escape.”

Murray’s narrative is dense, with many interesting unpredictable twists. The plot’s intrigue is well constructed; cold murders, contraband, blackmailing, and sex-trafficking tightly intertwine and keep you attuned on the story’s development. The man standing behind these many crimes is evil, but smart and sophisticated. Since his identity is discovered in a mysterious way, it’s hard and practically impossible to bring this vice man to justice. Will Burke find a way to resolve this dilemma between law, moral, and ethic issues? Although the wicked man’s nickname, Double Ugly, gave name to the book, the meaning of the book’s title isn’t so straightforward.