My first introduction to romance novels were the piles of old Mills & Boons which could be found in every bookshelf in our house (I have three older sisters). This was in the early 1980s, when romantic heroes were very different from what they are today. As an impressionable pre-teen, my role models were the flashing-eyed, self-obsessed, controlling and jealous archetypes that populated those pages. No wonder I started off dating all the wrong guys… it took me decades to overcome this conditioning.

So, in the spirit of public service, here are four “don’ts” to avoid in a romantic hero, whether real life or fictional. I’ve included made-up 80s excerpts to illustrate. 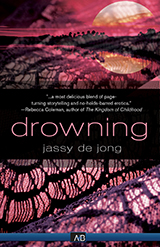 Roger’s eyes blazed. “Don’t let me see you speaking to that man again… ever!” he exclaimed. “You are mine… all mine and only mine. I’ll have no stranger devouring you with his lustful gaze!”

“B-but Roger,” I stammered, “that man is my brother Tom!”

Jealousy… definitely one of the least likeable and most destructive traits a romantic hero can possess. A heroine who ends up with a jealous man can expect to be alienated from her friends, estranged from her family, and have her choices criticised and controlled. Which brings me to the second flaw…

“What will it be, Monsieur?” the waitron asked, as I admired the sumptuous decor of this three-Michelin-starred restaurant.

Roger’s powerful jaw tightened decisively. “We’ll have a bottle of the Chianti, the caviar starters, and the lobster mains, Luigi.”

By all means choose Mr Controlling as your romantic hero if it’s the last choice you ever want to make. He’ll decide everything for his heroine, from what she wears to what she eats and where she travels. She’ll never get another look at a wine list, and if she’s on a diet and he fancies dessert – well, let her eat cake.

“We’re leaving now!” Eyes flashing, Roger grasped my arm in his own powerful, muscular grip, holding me so tightly with his sculpted fingers that I cried out in pain.

If the alarm bells aren’t ringing so loudly for this romantic heroine they sound like a fire truck, she must be deaf. The only time your hero should grasp your arm tightly enough to cause pain is when he’s pulling you out of the path of a runaway train, or a charging elephant.

“What’s that” I asked, looking at the small clockwork gadget with interest.

“Oh, it’s an invention I put together in between writing my PhD and winning my Olympic gold fencing medal,” Roger told me dismissively, adjusting the collar of his starched Armani shirt. “I’d explain how it works, but it’s rather complicated and you wouldn’t understand.”

The subtext here, of course, is that you need to be the owner of a penis to understand this. Really, why would a romantic heroine want to trouble her frail, feminine mind with its workings… or with any knowledge at all beyond how to remove her lacy underwear on command? In future, she must do the sensible thing and leave these weighty issues to the menfolk… or, of course, she could make the really smart choice, and look for a different hero! 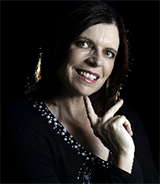 Jassy de Jong was inspired to write her first novel, Random Violence, after getting hijacked at gunpoint in her own driveway.  She has written several other thrillers including Stolen Lives and The Place for Fallen Horses, and edits a hair and beauty magazine.  She lives in the northern suburbs of Johannesburg with her partner Dion, two horses and two cats. Her new novel, Drowning, is an exotic romance set in South Africa.