On the Beach: An American Story by Steve Schmale 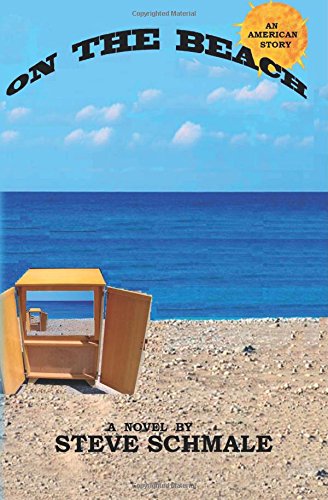 On The Beach is the best, most developed novel I’ve ever read about characters who don’t do anything. It is the story of Lenny Decker, a young semi-professional athlete who has checked out of his increasingly glamorous and successful real life and ended up literally and figuratively on the beach. He and the permanent residents of the Island, a vacation hamlet on the California coast, have their routines (some of them even have jobs) but are for the most part content to drink their days away at Iggy’s. Decker’s life occurs in fits and starts; he tries to play basketball but busts his ankle, he gets a girlfriend but then balks at what he’s gotten into. Invariably he winds up walking, driving, stumbling, or limping back to Iggy’s to continue drinking with a whole slew of charming beach town weirdos. Through Lenny’s mullings-over of his past, Steve Schmale perfectly captures the fear and anxiety that follows opportunity. Lenny reconciles his decision to remove himself from the wider world by inventing accomplishments. At least, he tells himself, he’s not doing nothing.

“The waitress delivered the drinks, tequila sunrises or rather sunsets the way the grenadine was creeping down the glass. Decker stirred up his cocktail and took a big gulp; orange juice, a good grade of tequila specially ordered and a little red syrup for energy, a great combination for the body and soul, almost like pure health food with a kick; a desperate conclusion, surprisingly his first of the day, but one which ranked with the best of Decker’s bold, unreasonable theories.”

Decker’s growing restlessness with his chosen exile and his dwindling supplies is marked by more and more frequent excursions off-world. In the end, his past doesn’t catch up to him so much as it turns belly up next to him at the bar and offers to buy him a beer for old time’s sake. On The Beach is both funny and dark, and Schmale’s beautifully descriptive writing gives much deserved realism and authenticity to characters who might otherwise be relegated to bit parts.