Plato’s Academy and the Eternal Key by Ali Gray 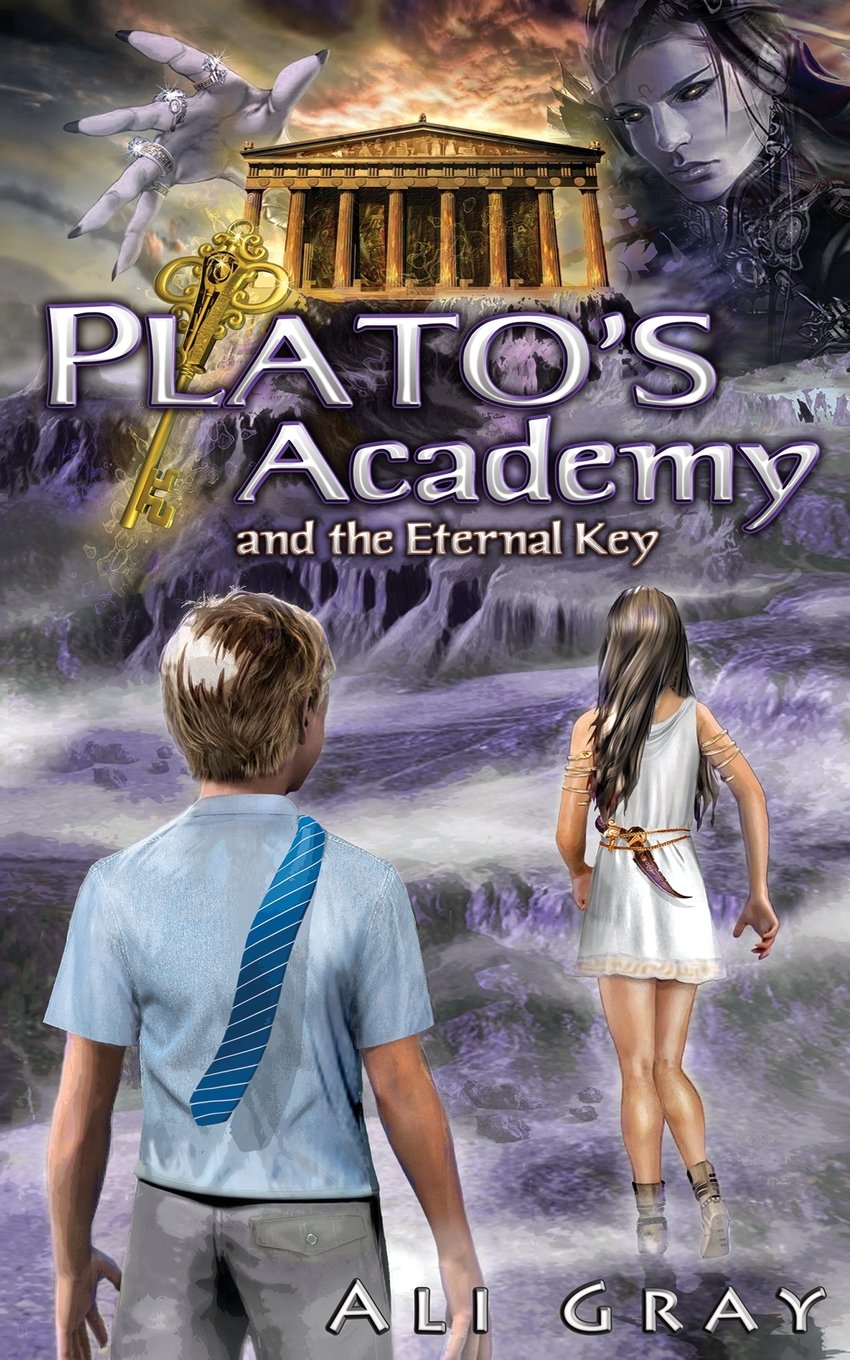 In Plato’s Academy and the Eternal Key, eleven year old Charlie lost his grandfather, Ted, who left him a letter, only to be opened after he was gone. The letter contained instructions to return a secret scroll in his earthly office at the museum where he worked, to Ancient Greece. On a class field trip to that museum, Charlie seizes his opportunity to fulfill his grandfather’s last request. The instructions take him on a scary, exciting, and life-threatening adventure back to another place and time where he must ultimately save the great philosopher; Plato. Complete with magic, mythical creatures, and a frightening Oracle along the way, the tale enriches readers’ experience with both facts and imagination.

The story is fast paced and engaging but lacks a deeper intuition and development of characters. It’s a short read for a younger audience but could easily be lengthened with more dialogue and descriptions of the often more-emotional experiences of completing those daunting quests. However, this does not distract from the tale; the story is strong and moves along quickly.

Young Readers will love this history-infused tale of adventure filled with surprising twists, seemingly unsolvable quests, and fantastical otherworlds. Parents and teachers will love to encourage readership of this work and even to read along with them. It is absolutely rich with Plato’s intent and philosophical beliefs.
First-time author, Ali Gray is quite successful in weaving mythological enchantments with historical facts throughout Plato’s Academy and the Eternal Key engaging readers to seek out more information about ancient Greece and the exciting life of the philosophers of old. Easily, a first of many tales to be fictionally told, fans will want to read much more from Ali Gray to experience further thrilling quests in ancient times.