Resisting the Enemy by Lorraine Campbell 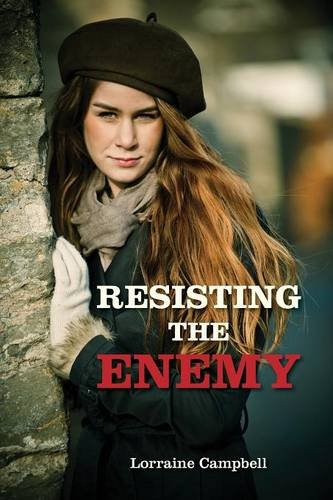 Lorraine Campbell’s Resisting the Enemy is the coming of age tale of a young woman in France during World War II. Valentine de Vaillant, or Valli to her friends, is an intelligent and somewhat headstrong young woman. When the Germans roll into her beloved country she chooses to fight back by joining a resistance group, helping to smuggle papers and people in and out of France. However, once a German officer is billeted in her own home things become tricky, particularly since Valli finds him somewhat charming despite her hatred for everything he stands for. As the German Wehrmacht ratchets up its persecution against Jews the stakes become deadly. Valli learns of a traitor within the resistance and desperately races to warn her friends before it is too late.

A beautifully written historical piece, Resisting the Enemy offers a different perspective to this tumultuous time period. While the characters in the book remain on the fringes of the violence of the war, Lorraine Campbell captures the overwhelming bleakness of occupied France as they wait in line for hours for food, and struggle under the increasing oppression of the Nazi regime. The first half of the book has a different tone, as it discusses Valli’s childhood, which can feel a bit out of place with the second half of the novel. In fact, the book may have benefited from being broken up into two parts. However, the first half of the book does introduce several key events that help shape Valli into the young woman she grows up to be.

Resisting the Enemy is a great book for readers looking for a solid historical fiction with adventure and a touch of romance. Be prepared for a bit of a cliffhanger, as this is not the complete tale of Valli; her adventures will continue in Resisting the Enemy: Mortal Danger.