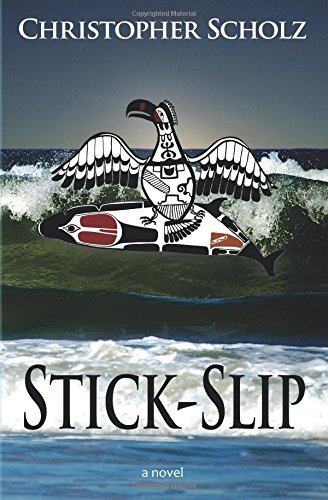 Let me start by saying that short of holding a degree in earthquake physics, readers might find the somewhat lengthy explanations of the science behind the phenomenon a little tough to follow. Let me quickly follow that by saying that doesn’t make Christopher Scholz’s novel Stick-Slip any less compelling. Regardless of how well you comprehend subduction zones or period-doubling, it’s easy to understand the threat of a magnitude 9 earthquake to the Pacific Northwest. it is also easy to pick up on how much greater that threat becomes when politicians put public safety below the bottom line.

Stick-Slip is a quick, engaging story that features one of the most effortlessly diverse cases and some of the healthiest working relationships among women that I’ve ever had the pleasure of reading. Scholz’s treatment of Tea Party darling Herman Stackhouse is wickedly funny, and his political commentary is subtle and trenchant. Though the book is a work of fiction, as a Portlander I have to say I appreciated the gentle plea to a region with a laissez-faire attitude toward emergency preparedness.

ON the whole, Stick-Slip is an enjoyable, not-entirely-speculative novel from an author who is clearly knowledgeable about the subjects on which he writes.