The Ancient Near East, Greece and Rome: A Brief History by Jack L. Schartzwald 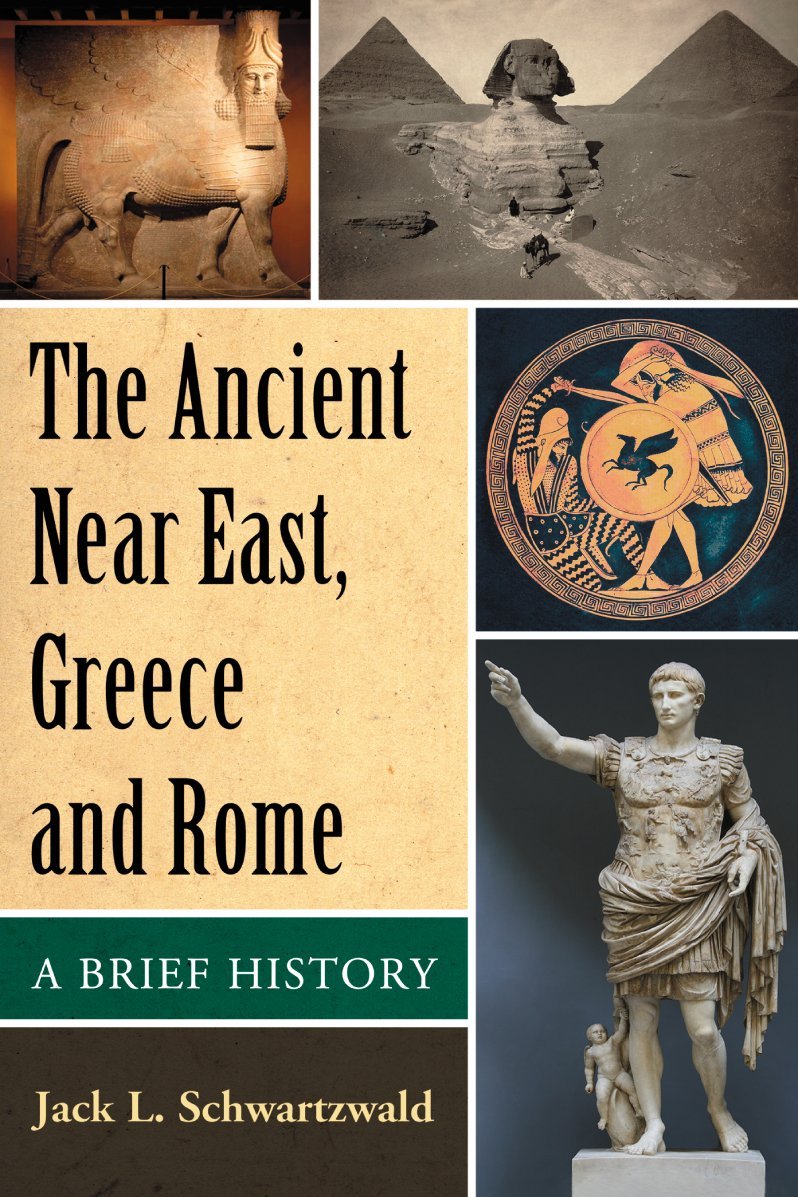 Jack L. Schwartzwald’s book is a survey of the history of ancient Western Civilization, from its beginnings in Mesopotamia through the Classical Greeks, to the rise and fall of the Roman Empire – approximately 2500 years in 200 pages. The book is divided into three parts. The first is a brief history of the ancient Near East, recounting the Sumerian civilization, the Assyrian and Babylonian Empires, Egypt and ancient Israel. The second section encompasses the history of Greek civilization, their roots in the Minoan and Mycenaean civilizations of the Bronze Age, their organization into city-sates, and the events leading to the Greco-Persian and Peloponnesian Wars. The section ends with the rise and fall of Alexander the Great, setting the stage for Part Three, the rise of the Roman Empire. Part Three is the longest, detailing the foundation of the Roman Republic, the civil wars that lead to its fall, resulting the establishment of the empire under Augustus, and the decline and fall of that empire due to both internal and external conflict.

“With their backs to the wall and the Romans approaching, the Gallic vanguard removed every last stitch of clothing – a tactic that military historians have not adequately explained to this day. Yet the moral effect of the legionaries may well be imagined: forty-thousand wild, screaming barbarians are horrible enough to contemplate, but when, for unclear reasons, the ones in front are naked, the spectacle becomes truly unsettling.”

Although at the end of each part is a section on “Societal Achievements” where Schwartzwald mentions the cultural aspects of each civilization (cuneiform writing in ancient Babylonia, the composition of Illiad and Odyssey and the advent of philosophy in Greece, and the splendid feats of civil engineering and administration by the Romans), the bulk of the book is a political/military narrative in which battles are fought, power shifts from one nation to another, and individuals (mostly men) fall in and out of favor. It becomes difficult to keep the places and names straight. There is no glossary nor a single map in the book. This is a serious shortcoming, especially because Schwartzwald focuses so much on military deeds and battles fought at specific locations, such as Xenophon’s “anabasis” or Hannibal’s crossing the Alps. Since the book is meant for a general audience without a deep knowledge of ancient history, it can be assumed that they do not have a full grasp of ancient geography either and a map or two would be helpful. However, for those who want a deeper knowledge of ancient history but don’t have time or desire to read Thucydides or Plutarch, this book may help fill in the gaps, though there are better books out there on the subject.