The Eyes of Athena by Spencer Hawke 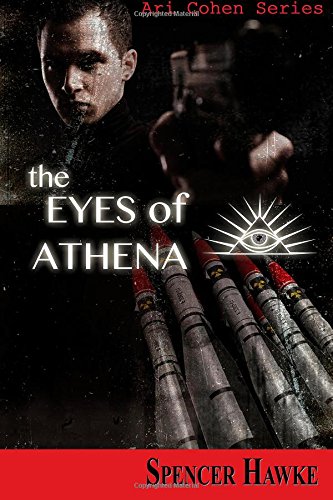 Have you ever heard of the Eyes of Athena? According to Spencer Hawke this is a secret organization with endless resources founded to protect American safety and values about two hundred years ago, by such nations’ fathers as Thomas Jefferson. Spencer Hawke certainly loves mystery. Recently readers had the pleasure to read the Secrets of the Dead Sea Scrolls written by this same author under the name Logan Crowe. And now he presents to his audience the first volume in Ari Cohan series The Eyes of Athena. This espionage thriller is a really intriguing book, especially because a lot of the plot’s intrigue remains a mystery even in the end.

“Well…” There was a twinkle in John’s eye. “How would you like to be the first Mossad member of the oldest secret society in America?”

March 27, 1999 has been a tough first day for Major Tom Burkein, in charge of the Athena Operations Campus in Bethesda, Maryland. Disturbing information about a U.S. Stealth F-117 Bomber being shot down by Bosnians has been received just as Tom was trying to enjoy his coffee. Tom dives into making emergency calls to his superior, and works on a rescue operation. His bosses are convinced that a group of elite Navy SEAL paratroopers wouldn’t be enough to rescue the pilot and destroy the super-secret plane’s technology before it reaches enemy hands. They order Tom to ask Israeli Mossad that operates in, and is familiar with this area, for help. The skillful and sophisticated special agent Ari Cohan is brought on board for the mission. Will this operation be successful?

This book deals with the most dangerous radical elements of the world that feel abused by western values and democracy, and want to destroy them. Prevention of such plans takes a lot of time and requires dedication. Following Ari’s mission you’ll travel around the world from America to Argentina, Russia, Iran, Korea, and Azerbaijan. Although some of the story turns seem to be abrupt and loose, the book’s boldly courageous and atrociously evil characters make it an interesting read for a broad audience.