The Greater Good by Scott Giarman 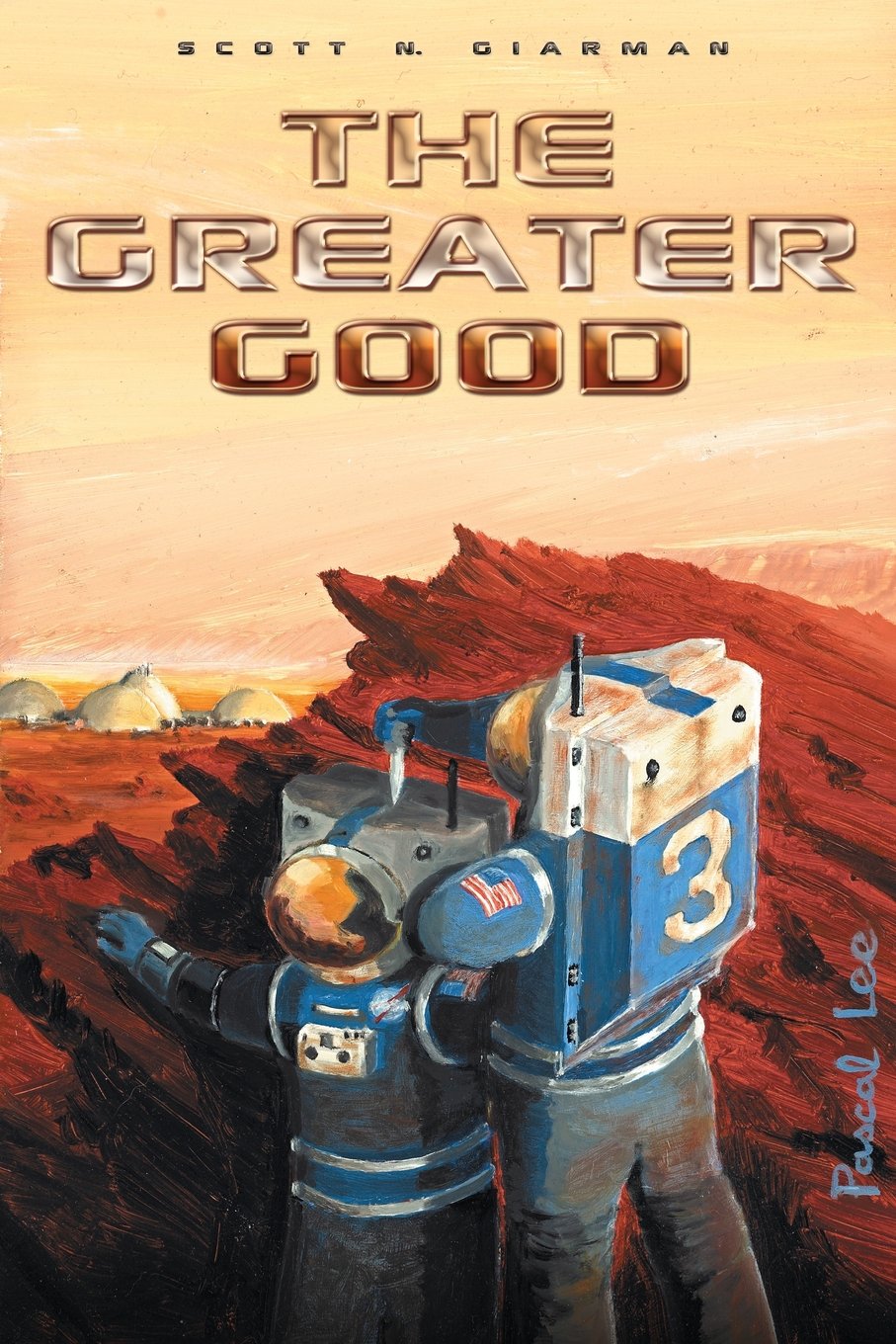 Scott N. Giarman’s book about the first manned mission to Mars is an expertly written tale of the human capacity for both discovery and destruction. The six-person team, led by Commander Jim Klein, is embarking on a yearlong excursion to the surface of the planet using experimental technology borne out of previous space explorations. The multidisciplinary team is going where literally no human has ever gone before and not only do they not know what they’ll find, they have no idea how they’ll handle it. When one of the crew selfishly puts the mission in jeopardy, the others are forced to deal with the fallout and carefully examine their priorities. What’s more important: salvaging the mission or saving face? The members of the Ares team will be put to the test on the barren face of the Red Planet.

“‘The greater good,'” repeated Cindy. “What the fuck does that even mean? I mean, maybe there is no greater good. Maybe there are only lesser goods that each of us pursues every day.”

Like most space fiction, Giarman plays fast and loose with some of the harder science, but the suspension of disbelief is momentary and rarely takes you out of the story. His characters are not always perfect, but their struggles and misdeeds are very human, and you find yourself rooting for them to make the right decisions. Seemingly insignificant interpersonal dramas are made exponentially more terrifying as they play out against the backdrop of deep space. I particularly enjoyed Cindy, whose colorful turns of phrase added a genuine humor and gravity to the story; you don’t really have energy to devote to decorum when you’re concentrating on staying alive in a cold, infinite void.

Giarman’s take on the still-speculative science of manned interplanetary missions is engaging and well informed by real-world possibility. Human exploration of the Martian surface is an attainable goal, but The Greater Good asks us to consider if we as Earthlings are ready for it. Funny and smart, The Greater Good is a thrilling meditation on the next giant leap for mankind.