The Monster Realm by Nara Duffie 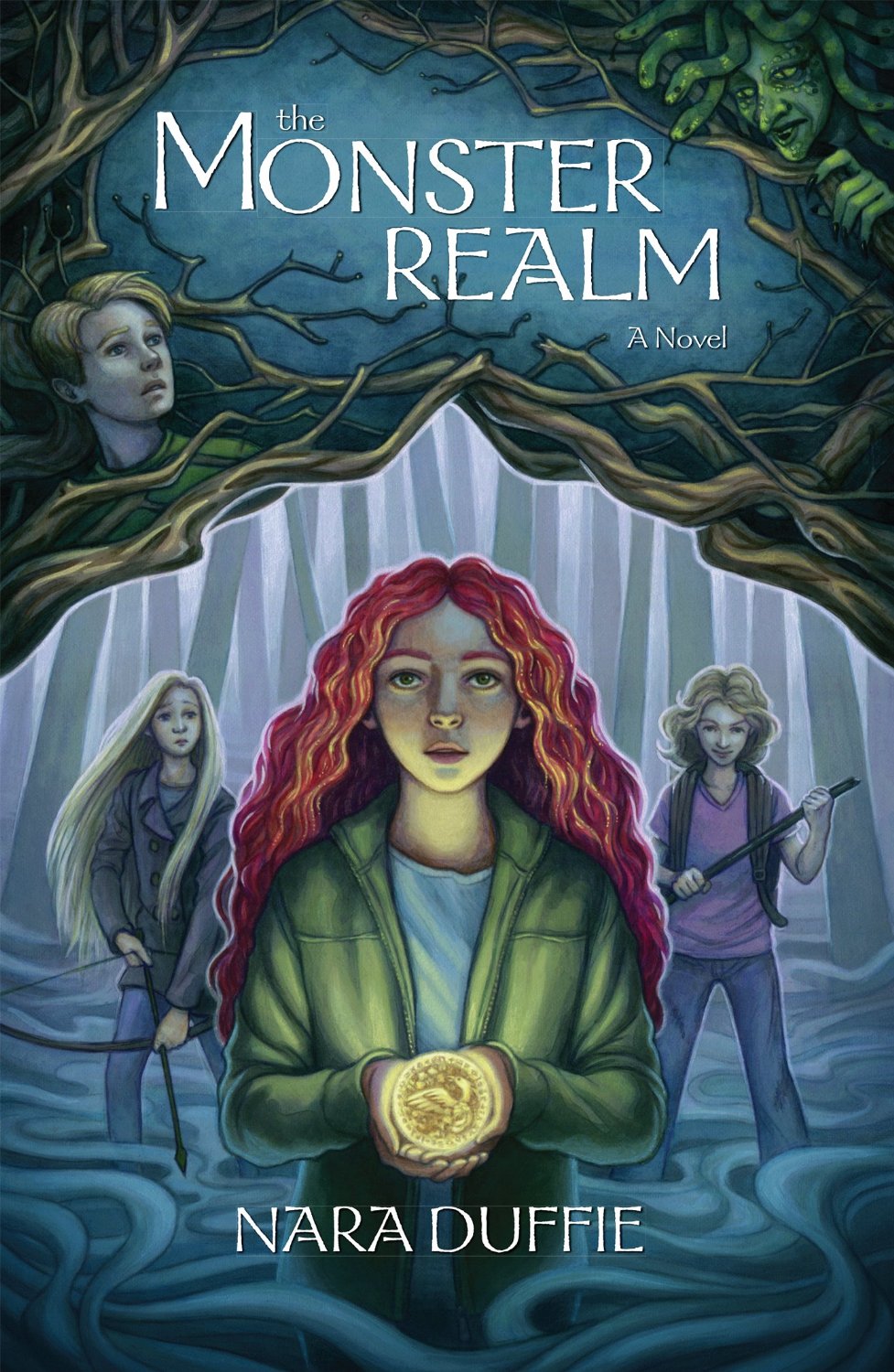 Lillian doesn’t quite get along with her older sister Bluebell. When they fight, Lillian likes to escape into fantasy books and movies filled with monsters and myths. But when Bluebell suddenly disappears, Lillian is heartbroken. Two years pass and there’s still no sign of her sister. One night Lillian and her best friends Katy and Maisy set out on a quest to find Bluebell. Once on their journey, Lillian and her pals find themselves being led deeper and deeper into a world filled with monsters by a boy with a mysterious medallion. The girls know very little about him but he seems to know a lot about the new realm and a bit about Bluebell. They have no idea that their journey will take them into an entirely new world filled with adventure and danger. Monster Realm, by 11-year-old Nara Duffie, is a fantasy novel for young adults that introduces readers to characters like Medusa, swimming sirens, the Kraken, furry Brownies, a dryad, pixies, elves and more exciting creatures.

Duffie excels at describing new areas of the Monster Realm and with just a few sentences, she captures the sights, smells and feel of these unique new places. The book’s pace is fast and furious. It almost feels like a kid is excitedly telling you about an intricate, wild dream they had. There aren’t really transitions or explanations about why something happens next in the story…it just does. But that is the way that many children write, so young adults reading this chapter book will likely identify with the writing style. It doesn’t feel like an adult’s writing because it isn’t. And that’s perfectly okay.

Readers will discover with interest how the Monster Realm was initially created. Being in this new world is not without its dangers. Softspoken Katy often turns to the journal she’s safely carrying with her to record her thoughts. She writes, “I’m on a dangerous adventure, with monsters like the Krakens and sirens. I want this adventure to end. I want to forget this ever happened. I want to go home, where I’m safe.” But in a prior entry, she has already committed to paper that “friendship is stronger than fear.”

They say everyone has a book within them. Reading a novel written by such a young author like Nara Duffie is an inspiration to readers to start their own book.