US Miss-tory – A Presidential Missed History by J. R. Swaim 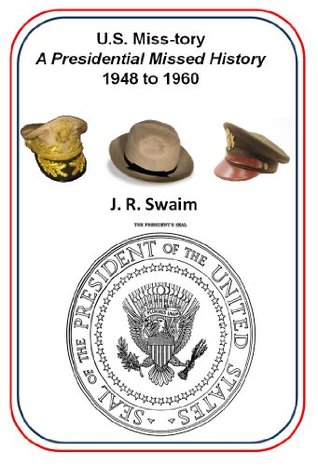 With the end of the World War II, the United States becomes the most powerful country in the world. Not only American but the future of many nations on the globe depends on American leaders’ decisions. J.R. Swaim’s book is an interesting attempt to report alleged world history when such famous Americans as Harry Truman, Dwight Eisenhower and Douglas MacArthur change their political positions. However, while replacing these powerful figures, the author follows the actual historical events. Thus, in 1948 real “Operation Vittles,” the resolution of Berlin crises helped Truman to win reelection. On the other hand, his different approach to the Korean War didn’t work so well for him, and he lost the 1952 Presidential run to his Republican rival. Although Dwight Eisenhower was nominated as the Republican Presidential candidate, his sudden heart attack didn’t allow him to participate in the election. As a consequence, he was replaced by Douglas MacArthur who was elected the thirty-fourth President of the United States. Indeed, MacArthur dealing with many national and international issues had been different, but to what degree were his decisions able to change the world and ordinary people’s life?

“…to live in the past is to succumb to a fantasy.”

J.R. Swaim’s effort to describe his protagonists from different points of view, while including as many aspects of their personality as he can could be appreciated, but this has enormously lengthened the book. The book has a lot of explanatory notes, but also mismatched names, grammatical and spelling mistakes that lessens the book’s reading enjoyment. Such a huge amount of information requires a more meticulous proofreading. However, many readers could be motivated to purchase J.R. Swaim’s U.S. Miss-tory A Presidential Missed History 1948 to 1960 by the author’s pledge to donate a significant part of his income from the book’s sale to charity and the Wounded Warriors Project. Others, especially historical fantasy fans would be interested in the author’s speculations discussed in the books major events, and in the world’s not so distant history. No one can change the past but everyone can (without succumbing to it) fantasize about what might have happened, if…