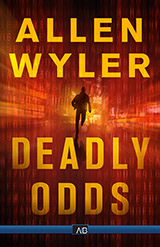 As a thriller writer, I’ve frequently been asked, “What differentiates thrillers from mysteries?” Well, since both genres involve mystery, the biggest difference is that thrillers are fast-paced, placing the protagonist in extreme jeopardy right from the outset. The 1975 movie Three Days Of The Condor serves as a good example. In the opening scene Robert Redford returns from buying his office colleagues sandwiches only to find everyone executed. From then on, the story is his flight from unknown forces. Redford must play a very dangerous game to save himself.

So, the first obstacle becomes how to develop a fast-paced plot. A writing style that moves along is essential. The author can’t afford to get bogged down with excessive detail or back-story. Essential information should be interspersed into the story rather than dwelled on. This doesn’t mean you shouldn’t develop your character. Instead, develop him as he’s running from a threat. Also, the author must come up with a hook. And deciding on what hook is best becomes one of the most difficult facets of plot development I face.

I begin with an intriguing premise, and the concept of being able to predict the future has always intrigued me. But, as everyone knows, that is impossible. Unless, of course, the story was either science fiction or fantasy. As much as this concept intrigued me, I could never weave a plausible plot around it. So I set it aside, but never completely let it go…

… until Nate Silver came along. Nate is the statistician who gained fame for developing PECOTA, a statistical system used to forecast the performance and career development of Major League Baseball players. Anyone who saw Brad Pitt’s movie Money Ball knows that story. Subsequently, Silver turned his attention to politics and in 2008 established his own website, FiveThirtyEight.com. By summer of that year he began to appear as a political analyst in national print, online, and in the cable news media. In the November 2008 he correctly predicted the winners of 49 of the 50 states in the presidential elections.

So now had a realistic basis for developing the plot I’d always fantasized over. The next question became; in what way do I use this ability to predict the future? Since Silver’s system had been successful for sports, I decided to apply it to sports gambling. Great idea. But then the question was, who possessed this genie in a bottle? The only viable way I could come up with was to make it the protagonist’s proprietary system. Once these points were established, various other issues became clear. Such statistical analysis required very sophisticated computer programming and computational capabilities. You can’t do it sitting in Starbucks with your laptop. I’m talking multiple servers ganged together. So why not make my protagonist a computer whiz, a hacker? But considering that hackers can have negative images, his character had to be carefully thought out. Enter Arnold Gold, a 23 year old geek and computer whiz. But hackers have been used too many times as characters of convenience; the pimply kid who can pull just about anything from any computer system, including NSA. Meaning, I didn’t want to focus on his hacking abilities. Instead, I focused on his social awkwardness. And like most young men his age, he wanted to get laid. But how? Speed dating hadn’t worked. He ends up flying to Las Vegas to see an escort. So now you have a very successful, but insecure gambler in Sin City. You know that’s a formula for disaster.

While working on the plot I read an article in WIRED about the Dark Net, a vast portion of the Internet used effectively for criminal activity. This was just too good to pass up, so I began researching the subject. I was able to weave some interesting facts into the story about this relatively unknown Internet area. That worked out well.

Soon I had outlined a plausible story from start to finish. Now I faced the problem of how to put Arnold in danger. I solved this by opening the story in the middle of the plot, and then moving the story in chapter 2 to the actual beginning. In Deadly Odds Arnold returns home with pizza to be greeted by a man who intends to kill him, yet narrowly escapes. The story then moves on to his survival. Yes, there is a strong similarity to the opening scene in Three Days Of The Condor, but the trick of opening a thriller in mid-story is commonly done because it can be very effective. 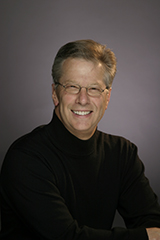 Allen Wyler is a renowned neurosurgeon who earned an international reputation for pioneering surgical techniques to record brain activity. He has served on the faculties of both the University of Washington and the University of Tennessee, and in 1992 was recruited by the prestigious Swedish Medical Center to develop a neuroscience institute.

In 2002, he left active practice to become Medical Director for a startup med-tech company (that went public in 2006) and he now chairs the Institutional Review Board of a major medical center in the Pacific Northwest.

Leveraging a love for thrillers since the early 70’s, Wyler devoted himself to fiction writing in earnest, eventually serving as Vice President of the International Thriller Writers organization for several years. After publishing his first two medical thrillers Deadly Errors (2005) and Dead Head (2007), he officially retired from medicine to devote himself to writing full time.

He and his wife, Lily, divide their time between Seattle and the San Juan Islands.