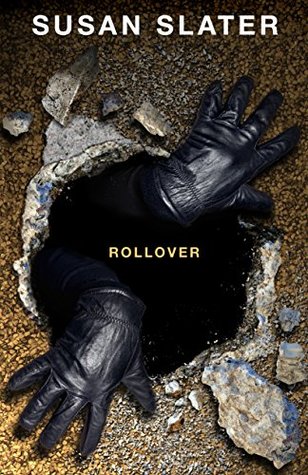 Dan Mahoney is an investigator for United Life and Casualty, and when a sapphire and diamond necklace insured for half a million dollars is reported missing in a burglary, he is sent to determine whether the claim is valid. Before he even arrives in the small New Mexico town of Wagon Mound where the crime occurred, his Jeep overheats on a little-used rural highway. He thinks he has lucked out when an old man in a pickup offers him a ride. But the old man rolls the truck and is killed, and Dan finds himself in the hospital. When he finally limps into Wagon Mound, he is quickly mired in the middle of a case that is both complex and dangerous.

In this fast-paced novel, which is well worth reading, the characters include a charming eighty-five year old woman, a couple of dogs, a girlfriend, and a number of very interesting suspects. Rollover is a multifaceted mystery that provides breathless suspense from the first pages to the last. Engrossing, it crackles with action and chilling peril right to the explosive end.