Sleep in Peace Tonight: A Novel by James MacManus 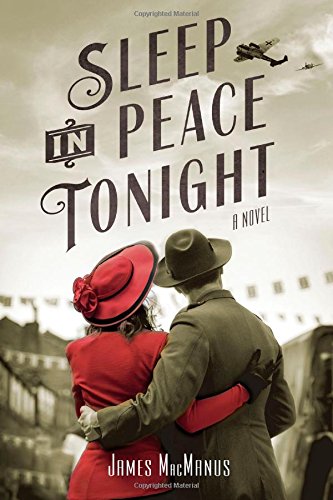 James MacManus has written an immersive, beautiful book centered on the events leading up to the US entry into WWII. MacManus chronicles the efforts of Harry Hopkins, Winston Churchill and Franklin Delano Roosevelt. Roosevelt trusts Hopkins implicitly, and most of Roosevelt’s staff resents it. Churchill is desperate for the US to enter the war and enlists Hopkins to advise Roosevelt to do so. To complicate matters, Leonora Finch is assigned to drive Hopkins around. But what Leonora really wants is front line action in the war and enlists to be a spy in France. Hopkins and Finch engage in several trysts, and Hopkins finds that he loves her, but her passion lies in wartime action. Hopkins travels back and forth between DC and London trying to track down Leonora as the war escalates. Latter chapters in the book chronicle Leonora’s training as a spy, and when Leonora cannot be found Hopkins is mired in regret.

“Once again he realized that the man really was pure theater, a cigar-smoking, brandy-swilling bulldog in a bowler hat.”

It is obvious that MacManus researched this topic thoroughly, and the end result is a book difficult to put down. Detailed accounts of meetings, drinking and the wartime bombing of London truly bring this book to life. The realistic conversations, historical facts and all-too-human emotions make this book a real winner.