Sun Power: How Energy from the Sun Is Changing Lives Around the World, Empowering America, and Saving the Planet by Neville Williams 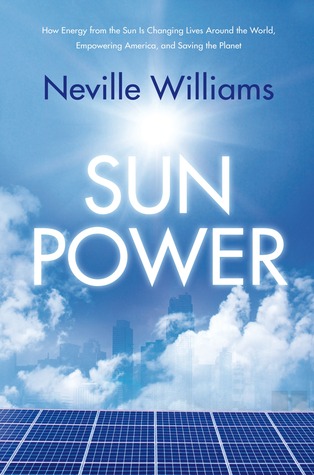 Solar Power, as argued by others and again here by Neville Williams in Sun Power: How Energy From The Sun Is Changing Lives Around The World, Empowering America, And Saving The Planet, can be a boon that will help the entire human race. Sunlight hits the Earth at 1,350 watts per square meter, 1,000 watts at the surface, but even though Photovoltaic solar cells only capture a fraction of this, Solar Energy has the potential to change the world and our dependence upon fossil fuels. Efforts to make the change have been held back writes Williams, a former freelance journalist, with solar energy being a great idea. The technology is not lacking, but the will sometimes is. Many, however, see it as an investment they are not fully prepared to make.

“It was time to sell solar in the same way we had sold it in India. To thousands, and profitably.”

Solar energy is doing wonders for The Third World as chronicled in this book. Places lacking Telegraph Roads and electricity can benefit from solar that is decentralized and off of a grid. Sun Power does give the reader a good sense of the efforts that are being made around to the world to benefit from this not very new technology. The book is critical and points fingers, yet is hopeful about a cause that has not fully caught on.