The Young World by Chris Weitz 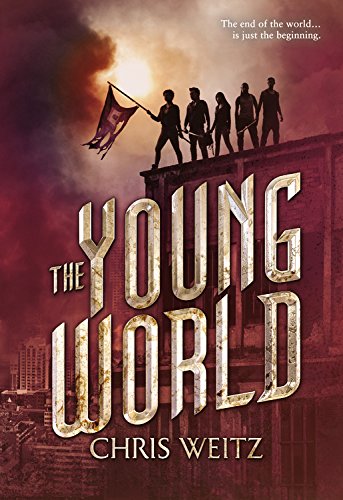 Several years ago a virus was unleashed that kills off everyone once they reach the age of 18, and renders humans sterile. The surviving population consists of children and teens struggling to cobble together a semblance of existence, despite their drastically shortened life expectancy. Jefferson, the de facto leader of the Washington Square Clan, longs to create a real society rather than continue to focus on survival. Their only hope rests in finding a cure for the virus, or in a little over decade humanity will be no more. Jefferson gathers a small crew together and they head out beyond the safety of their borders in search of their only clue, a reference to an article that may or may not be found in the main library. What used to be a two-hour drive is now a major expedition filled with danger around every turn, but with no future, what do they have to lose?

The Young World makes an effort to play in the post-apocalyptic sandbox, but doesn’t do anything terribly interesting with the available material. The most successful part of the book was the world building, as the setting was easy to visualize. On the other hand, characterization and plot suffered at every turn.

Characters are flat, and the dialogue is largely obnoxious as the author tries to be “hip” by talking in what he assumes to be common vernacular for young adults. Instead, the over the top slang turns every character into a painful and insulting stereotype of tech obsessed teens. It’s nearly impossible to care about the main characters due to how annoying and 2D they are. Even the three character deaths (one being the main character’s brother), come and go with no emotional impact.

The book ends in such a way to imply that all the suffering the characters endure was for nothing, as the author pulls a Deus Ex Machina that makes the book a giant waste of time, as well as creating several obvious plot holes in the last few pages.

While The Young World may be mildly entertaining in parts, there are plenty of other books, movies, and video games that deal with the topics raised in a much more comprehensive and involving manner. Readers looking for an emotionally engaging and engrossing YA novel will be hugely disappointed.