The Zone of Interest: A novel by Martin Amis 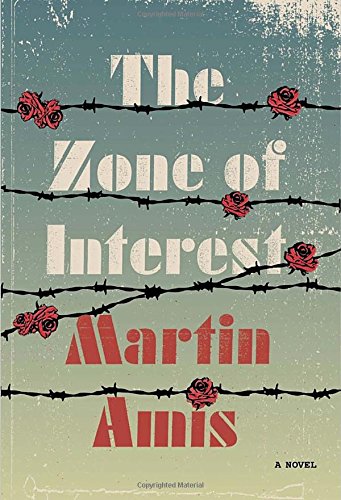 In regard to the Germans enslaving Jewish prisoners in concentration camps during World War II, prolific British author Martin Amis takes a stab at answering the resounding question, “Why?” in his latest novel The Zone of Interest. Each of the six chapters, until the final chapter, is broken into three first-person German perspectives. The first is womanizer Angelus “Golo” Thomsen, the fictional nephew of the real-life private secretary to Hitler, who lusts after his commandant’s wife. The second is the mentally unhinged commandant, Paul Doll, who drinks too much, who is despised by his wife, and who is the basic incarnation of evil. The third is Smzul, a Jew who is in charge of sending other Jews to the gas chambers; he is the only one who seems to feel any remorse or understand that what he’s doing is wrong.

“What is the unique difficulty in coming to terms with ‘that which happened’ (in Paul Cohen’s coldly muted phrase?). Any attempt at an answer will necessary be personal, and for this reason: ‘the Nazi genocide,’ as Michael André Bernstein has written, ‘is somehow central to our self understanding.’”

There’s not much plot or character development. That seems to be beside the point in Amis’s attempt to understand. This is not a book for everyone, but those who appreciate the philosophy and remoteness will enjoy it.