A Novel Way To Promote

A Novel Way To Promote

In this era of ease in getting published (the overwhelming majority of books, of course, are self-published), it is critical that a writer “separate himself or herself from the crowd,” with promotional efforts. For me, offering free knuckleball lessons and “motorbutt” have become synonymous with that effort. 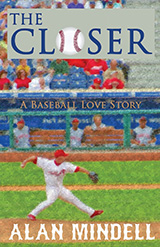 I always trundle off to my speaking appearances with baseball and catcher’s mitt. I begin each talk with an invitation to my audience to learn the specifics of how to throw a knuckleball. You see, Terry Landers, the main character in The Closer, my fictional baseball love story, salvages his professional pitching career with the knuckleball.

Once in a while, a member of the audience is foolish enough to want to learn the pitch. I readily take ball and glove and demonstrate techniques made famous by such notable knuckleball gurus as Hoyt Wilhelm, Phil and Joe Niekro, Wilbur Wood (who once was the winning pitcher in both ends of a doubleheader), and more recently Tim Wakefield and Cy Young Award Winner R. A. Dickey.

My litany features manicured fingernails dug into seams of the ball, stiff-wristed release of the pitch, and no rotation of the ball. I also admit that the last time I threw a knuckler, it was hammered about six hundred feet, clear out of the stadium, by former major leaguer Mike Epstein in a college intra squad game at Cal Berkeley.

On one occasion, a woman in the audience took me up on my offer and decided to try out what she’d learned. I kneeled down and gave her a target with my catcher’s mitt. She wound up and fired the ball with such ferocity that I had no choice but to dive for cover. Luckily, I went one way and the ball went another.

On another occasion, two ladies were at my San Francisco book signing at Book Passage, located right along the bay. They wanted to practice the pitch, possibly to show grandchildren. I sent them outside with my ball and glove, but insisted that they face away from the bay. When they returned, fortunately neither ball nor glove was waterlogged.

“Motorbutt?” Well, speaking of Cal Berkeley, more than half a century ago I played varsity center field there for three years. Because I was a fast runner, I led the team in stolen bases during my Berkeley stint, prompting then assistant coach Bob Milano (he went on to become a very successful head coach at Cal for many years) to nickname me “Motorbutt,” claiming I had an engine in a certain part of my anatomy.

About fifty years later, after I turned seventy, I recalled the moniker. That led me to the question of whether “Motorbutt” was still “Motorbutt.” I decided to try and find out. In 2011, I went out for the San Diego Senior Olympics.

“How badly could I embarrass myself in my age group?” I reasoned, since over the years I had stayed in pretty good shape.

The fact was that I didn’t embarrass myself. I did well enough to train seriously for the 2012 edition. At age seventy-one, I entered four events – the 50, 100, 200 and 400 meter races – all scheduled for the same day. I won them all, and went home with no fewer than four gold medals.

Soon after my senior Olympics success, I received two contracts from traditional publishers for The Closer, the heartwarming story of a career minor league relief pitcher who finally gets his chance at the majors, and who makes a big impact both on the mound and with a family in distress. Published by Sunbury Press, the novel enjoyed immediate success, appearing on Amazon bestselling lists in four different categories, including being at one point the number one bestselling paperback in new sports fiction.

Recalling the old adage “Life Begins At Forty,” I took the liberty of transforming that saying into “Life Begins At Seventy,” and started doing inspirational speaking on that topic. I’ve since had dozens of engagements at a variety of organizations. In the process, I never forget my baseball, catcher’s mitt, free knuckleball lessons or “Motorbutt.” 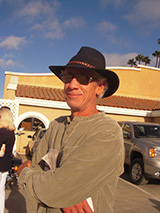 A graduate of the University of California, Berkeley, Alan Mindell was a varsity baseball center fielder there for three years. After turning seventy, he won four gold medals as a sprinter in the 2012 San Diego Senior Olympics and won a gold medal in the 2014 California State Games in Escondido. His winning time in a track meet at Cal State San Marcos was among the top ten in the WORLD for the 400 meters in his age group for 2014. His novel The Closer, a heartwarming baseball love story about a knuckle-balling relief pitcher, was published (not self-published) in 2013 and became a bestseller, including being the number one paperback in new sports fiction. He also dances regularly in the San Diego area and works as a tour guide. For him, his speaking topic of “Life Begins At Seventy” certainly fits.