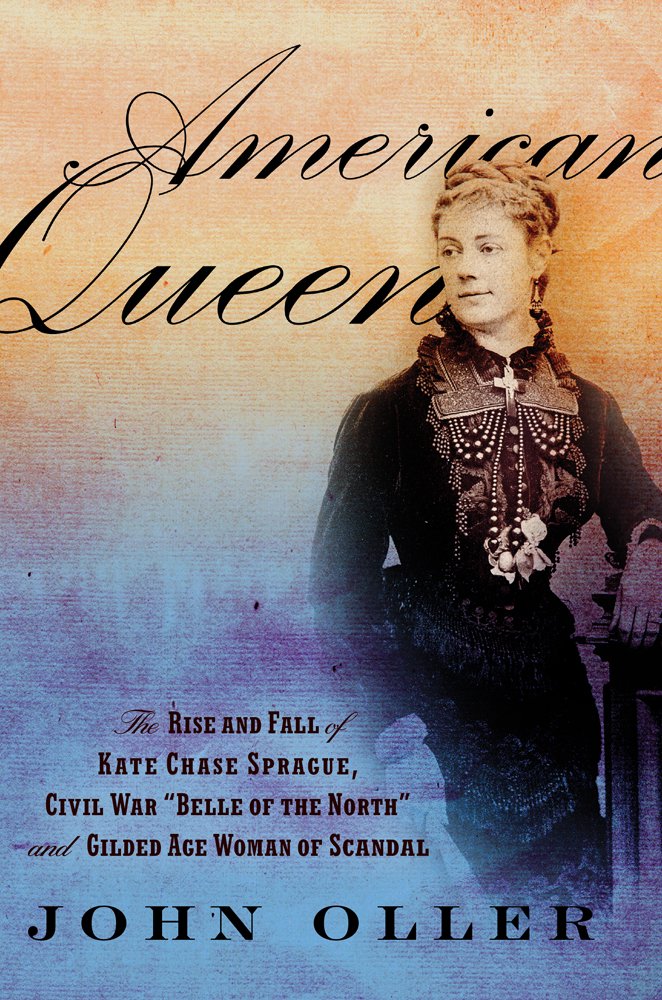 Fame is a fickle fortune, but continues to fascinate Americans. Although most no longer know her name, Kate Chase Sprague once outshone Mary Todd Lincoln with the soirées she hosted to dazzle politicians into supporting her father, Salmon P. Chase, for President of the United States. He was never to attain a higher position than treasury secretary, and adding to her list of disappointments was her disastrous marriage to William Sprague, politician, habitual drunk, womanizer, and heir to a multimillion-dollar textile manufacturing empire in New England. She was not a suffragist. She did not advocate for policies to help those less fortunate. If she did anything that was not in either her own or her loved ones’ best interest, it is not written in John Oller’s biography American Queen: The Rise and Fall of Kate Chase Sprague, Civil War “Belle of the North” and Gilded Age Woman of Scandal.

“As survivor, she lived on her own terms and continued to go after what she wanted with the same determination of old.”

Oller, who has worked closely with Sprague’s granddaughter, attempts to dispel the typical opinions that her life was tragic by instead focusing on her strength of spirit and accomplishments for a woman of that era. Even though her life is set in the fascinating time of the Civil War and Panic of 1873, Oller stretched and was often repetitive in order to stretch what is known about Sprague into a full-length book.