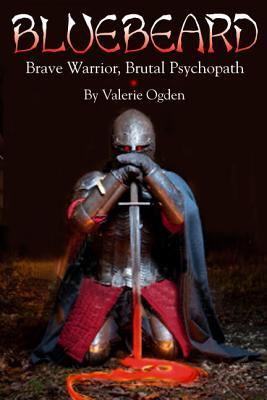 At first glance the reader may think “Bluebeard, a pirate book!” or confuse it with the French folktale of the same name. But the real “La Barbe Bleue” never sailed the seas as a pirate and did not, in fact, have a blue beard. Instead, the name derives from the shiny blue-black Arabian warhorse or “barbe” that Gilles De Rais rode upon in his days as a knight, fighting alongside Joan of Arc in the service of the King of France.

Preliminaries aside, this was a difficult book to read, bordering on annoying. The author’s premise for retelling Gilles de Rais/Bluebeard’s story was to introduce the notion that he may have been suffering from Post-Traumatic Stress Disorder, similar to soldiers returning from the battlefield today. At one point she manages to throw bi-polar disease and depression into the mix as well, asserting that some combination of one or more of those maladies was responsible for his ultimate mental unraveling.

The problem with this premise is that Gilles de Rais had been displaying grossly uncivil behavior from at least his early teens, long before he became a knight and embarked on his military career. It’s more reasonable an argument to claim that his war years kept him busy killing, maiming, and performing various other outrages within a morally acceptable arena. This was, after all, a time when the behavior of victors towards the vanquished was almost always horrific, and Gilles’ excessive desire to harm others would have gone largely unnoticed in the backdrop of the Hundred Years War between England and France. When he was forced to retire from the military his insatiable bloodlust had no acceptable outlet even in the violent times in which he lived. Even so, it took many years before his murderous behavior could be brought to the attention of anyone who cared. The fact that he was a serial killer is uncontested. The possibility that he was more like Ted Bundy (damaged from an early age by a tragic family life) and less like a returning vet suffering from PTSD seems obvious but is not pursued here, apparently because it did not add credence to the author’s thesis.

Ultimately, nothing new is revealed in this exploration of Bluebeard’s life and depravities. The author refers to Gilles’ PTSD innumerable times throughout the book although much of her analysis is based upon conjecture and the point remains unprovable. In the meantime, slogging through the carnage, page after bloody page, quickly becomes exhausting without a real point to tie it all together. Also, while dozens of battles and skirmishes are described, with minute details regarding the types of mauling and maiming each side dealt to one another, not a single map is presented to enable the reader to develop a broader conception of the time and place of the events. If the reader is not already a scholar of 1400s French and English geography the story may read more like a gory fantasy novel than history simply because the towns and people must be imagined rather than known. That the thesis of the book is largely imagined as well does little to make this a recommended read for a serious history buff.