Digging for Richard III: The Search for the Lost King by Mike Pitts 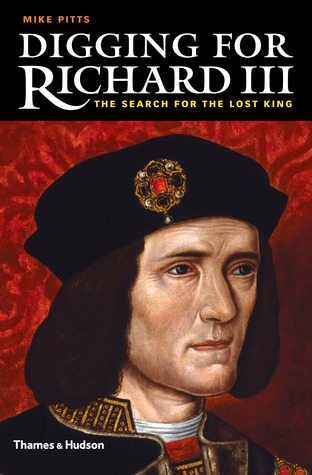 This is a story that gives archaeologists wet dreams: the body of a king, lost for centuries, discovered through serendipitous events years later, and in a manner that leaves researchers stunned, shining light on a man and his reign that few ever expected.

Digging Up Richard III: The Search for the Lost King by Mike Pitts is the inside scoop on the discovery, excavation and analysis of the body of King Richard III. It reads like an Indiana Jones adventure, albeit without the obligatory bad guys. A historian’s hunch, an unremarkable car park, a huge pit of discoveries that shocked researchers. As quoted in the book, “This dig,” said the archaeologists, “is NOT normal.”

Few kings have been as enigmatic as Richard III. From his physical deformity to the location of his grave and circumstances surrounding his death, much about this king has remained mysterious, heightened only by depictions in media, including The Bard, William Shakespeare himself. But a history rife with fallacies now draws from new evidence to recreate the story of perhaps the most misunderstood king in English history and gives the evidence a chance tell the real, fascinating story.