Henry First: A Story of Excess by Basil Lawrence 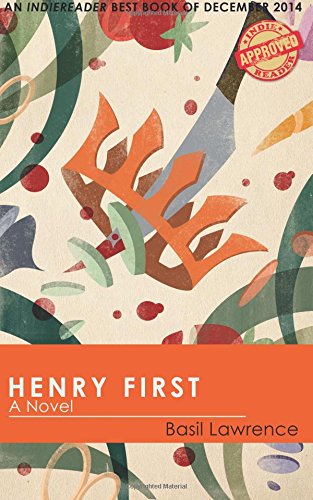 Henry First is a dark satirical commentary on the absurdities of contemporary first world society. Throughout the narrative Lawrence explores the idea of the callous and vicious redundancies of human ambition. Using heavy narration with light dialog, the story progresses mostly through the inner contemplations of a handful of characters.

As an owner of an independent restaurant, Henry First loves to cook. He is not interested in the ambitious corporate world of food, enjoying rather the freedom and simplicities that come with working for himself. However his simple career becomes infinitely more complex when he unwittingly joins a large restaurant competition. A mishap in the kitchen on the day of the contest leads to an altered recipe flavored with a special ingredient. The judges are blow away by the taste of his food, and as the spotlight focuses more and more on Henry First and his restaurant Henry soon must enter the devious and cutthroat world of food society that he tried so hard to avoid.

Lawrence uses an effective pattern of narration to emphasize the humor of his story and the situations in which the characters find themselves. Throughout the book, events and situations can unravel into hysteria within the confines of a single sentence, causing the reader to be as shocked or startled as the characters. The book is written in third person, but the point of view pivots between several of the key characters. This style of writing allows the reader to intimately understand what is driving each of the characters. Love and ambition are the common forces, however Lawrence’s characters tend to have overmuch of one, and absolutely none of the other. This trait among the characters adds to the dark absurdity of the choices and events that transpire.

Henry First places emphasis on societal observations and sophisticated humor. The book is not constructed to be a particularly fast or suspenseful read. Because of this, readers who mostly enjoy esoteric literature will enjoy this read.