Kansas City Lightning: The Rise and Times of Charlie Parker by Stanley Crouch 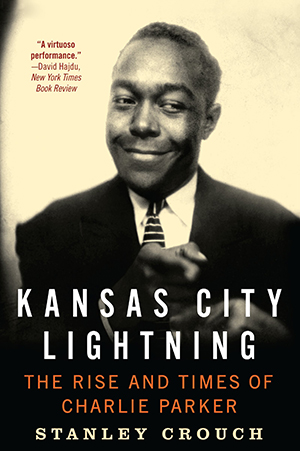 Charlie Parker was an incredible force of talent in the Jazz music scene, which has roots within the Kansas City music movement of the 1930’s and beyond. Kansas City Lightning: The Rise and Times of Charlie Parker written by Stanley Crouch is a raw and real look into this amazing man. While the sound of Kansas City Jazz was phenomenal, the ability for one man to have such a valued role in influencing the sound of the music is just as awesome. Charlie Parker comes alive in the book that reads like a story versus a biography of his life. With memories from friends and fellow band mates, club owners and patrons, this book gives a strong sense of the time, life and battles within the music industry during that time frame. Parker is portrayed as someone you wished you had heard live if you did not get the chance to, and mourn the loss of him as a person. Not only was the sound mesmerizing, the unique way in which Charlie played, held his instrument, and the uncanny way he learned so quickly portray an unbelievable talent that will leave you wanting to listen to music just to keep experiencing what you have just read.