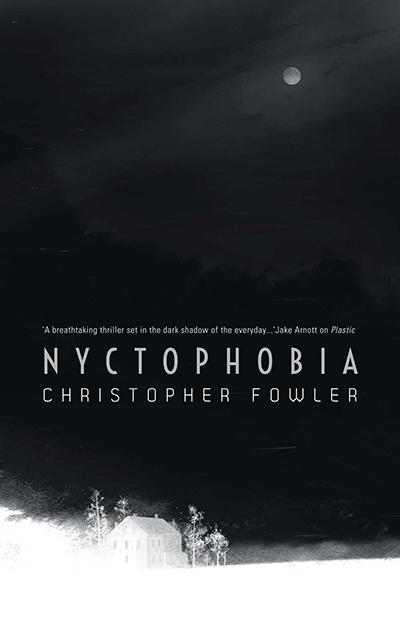 A horror story with shades of The Others and El Orfanato, Nyctophobia follows newly married architect Callie into the haunting history of her strange new home, Hyperion House. Built so that one half remains always in light while the other remains always in darkness, the strange power of the house both entices and frightens Callie, and she won’t rest until she’s uncovered all its secrets.

The novel’s strength lies in the very compelling history of Hyperion House, which is well wrought and cunningly unfolded over the last half of the book.

This, however, is a horror story for non-horror readers. Though the information is well paced, there is no sense of suspense to the unfolding mystery, and the entities hiding in the shadowed part of the house have a distinct lack of menace. Because of the lack of momentum in the writing, the major reveal offers very little in the way of emotional payoff for the reader.

The somewhat removed writing style even precludes the read of this as a psychological horror; thanks to the frequent insertions of retrospective commentary from end-of-the-book Callie, readers know early on that her suspicions turn out to be true (after a fashion). This rather takes the impact out of the moments when Callie wonders if she’s going mad.

Nyctophobia is a middle-of-the-road read that doesn’t truly commit to being anything except a record of fictional events, but still manages to be an enjoyable enough book.