The Blackwell Family Secret: the Guardians of Sin by Jonathan L Ferrara 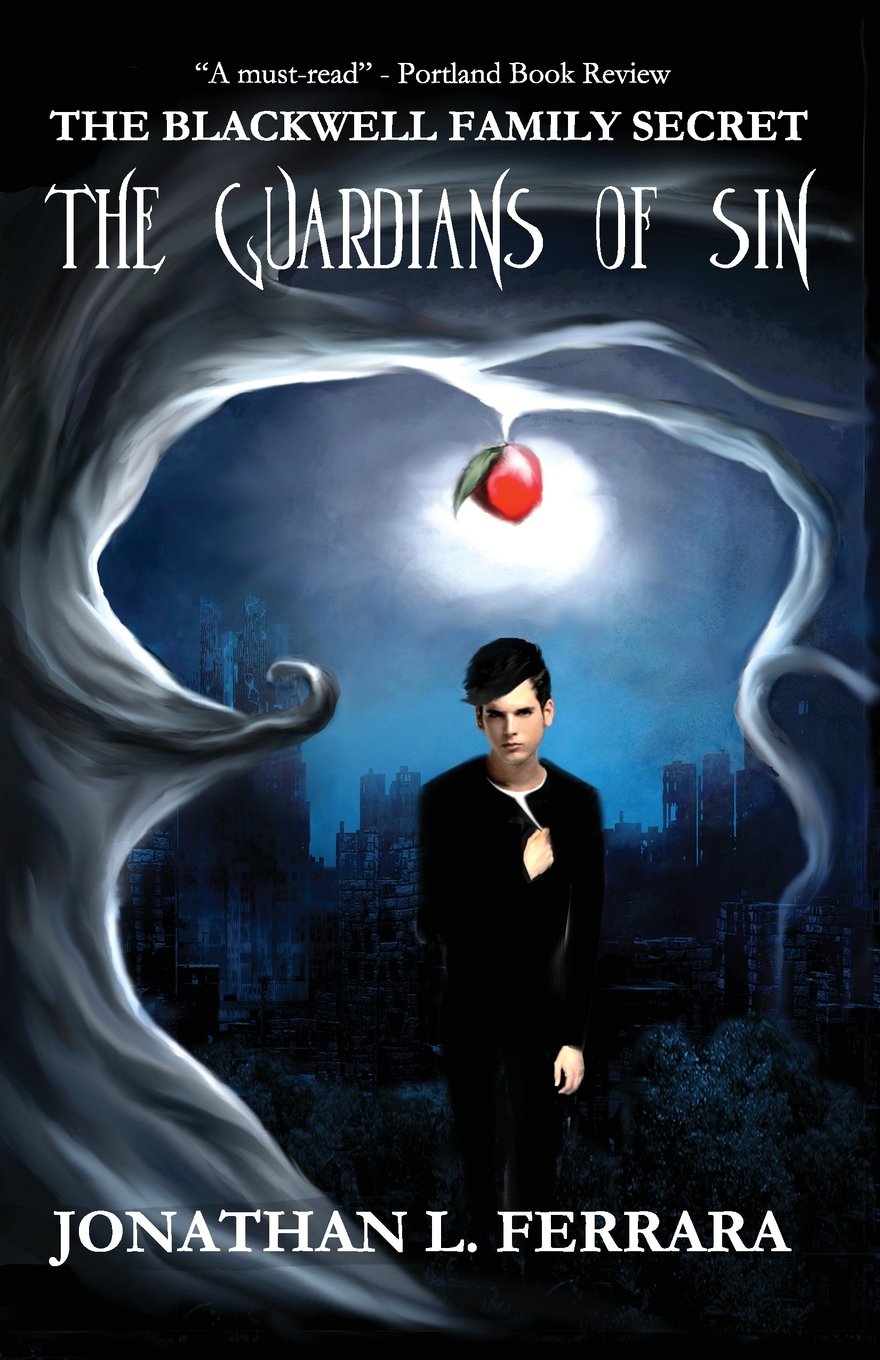 Seven-year-old Nicholas celebrates Christmas Eve with his parents, but never got a chance to see Christmas Day with them when they were brutally murdered in his home while he witnessed from the stairs. He was whisked to a far away boarding school by a priest and hidden from the world with the fear of “people” who were after him for secrets his parents never had time to explain to him. The publisher in error states in the book description that Nicholas is 11, however the book says 7 and then later references that the story picks up when he is 16 and that he has been at school for nine years. Don’t let this error confuse you and distract you from the great story going on.

While the boarding school turn sounds vaguely Harry Potter like, that changes rapidly as the Vatican steps in to send a cute girl named Amy, to win Nicholas’ attention and learn the secrets along with him. The Blackwell Family Secret: The Guardians of Sin takes a twist you won’t see coming when the same tree that lured Eve (Yes, from Adam and Eve of the Bible), draws in poor naive Nicholas too. While God doesn’t ban him from the Garden of Eden, he does have to save humanity by defeating the Sins, collecting the pieces of the crown and learning all about the secrets of the Blackwell family. As if this isn’t enough excitement, the demons, monsters and more responsibility on his shoulders then he could have imagined are additional parts of the quest.

This book twists biblical scripture into the current era while sending the reader back to a place as close to Hell as can be, and is an exciting read during the whole ride. Not only is it impressive to see small parts of previously used ideas from other famous stories, but to twist them into such a creative manner, and done well is sure to make this a must read.