The Lost Way: How Two Forgotten Gospels Are Rewriting the Story of Christian Origins by Stephen J. Patterson 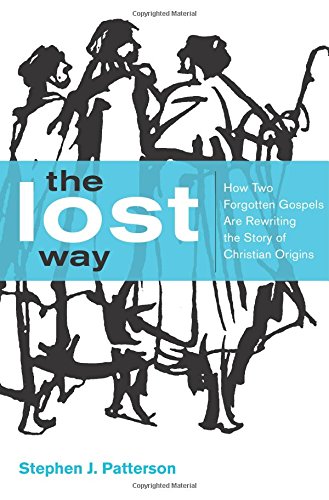 When people think of the Gospels they think of the four traditional Gospels: Mark, Luke, Matthew, and John. What has come to light over the past half-century is that there were more than four gospels, including a proto-gospel that was a major influence on two of the canonical gospels called Q. This book tells the story of Q and the other proto-gospel The Gospel of Thomas and what they tell us about early Christianity, how early Christians lived, how these early Gospels influenced the ones that became canon. And more importantly whether it is possible to go back to the time when Jesus actually spoke.

The author has written an easily accessible book for those people willing to take that plunge. He examines the writing style, the way it was written and incorporate what we know about that area to place it in its time. Along the way we learn that the Gospels were not written until later, even Gospel of Thomas and Q because this was a time of oral culture when things were not written down. This book will appeal to those wanting to know more about early Christianity and the road it took.