The Mammoth Book of Cult Comics, edited by Ilya 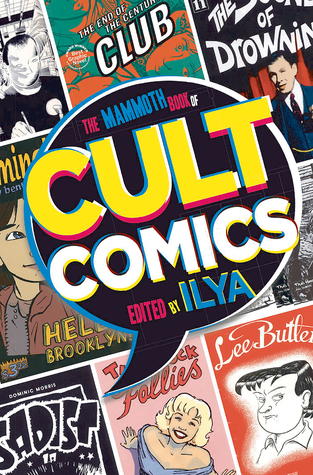 Cult comics have an interesting place in comic book history. They have been largely ignored by the mainstream reading public, but at the same time they have had an impact on more mainstream books with the way they push the boundaries of storytelling, art, and more. Of course the definition of cult comics is fraught, with many different comics, and comic companies, claiming to be cult. It is generally left to the opinion of the reader, and artist, to come to that conclusion. But what we get in this collection is a wide range of cult comics that span from the early 1990s to the modern day, each new comic has a brief biography of the creator, followed by some comments on what they are doing now. After that it is the story, or collection of stories. Each one is individual and different, with a unique way of story telling.

This book will appeal to people who like independent press comics, and not the more mainstream superhero comics. The Mammoth Book of Cult Comics is for people who want a more unique story to be told in a unique style.