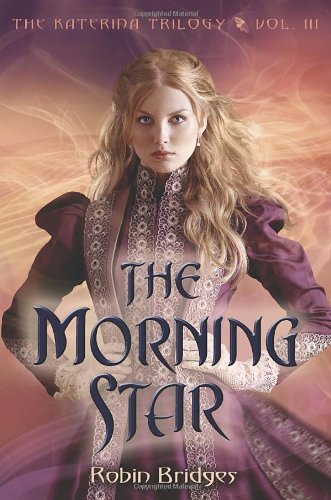 Katerina Alexandrovna is the Duchess of Oldenburg. She is also a necromancer. She can raise the dead. However, her desire is to be a doctor. Alas, Tsar Alexander III, also the father of her beloved, George Alexandrovich, who suffers from a wasting condition, has forbidden the presence of women in medical school. Sneaking to study with a Tibetan doctor in hopes of finding a cure for George’s maladies, Katerina has no clue what supernatural hellfire is on the verge of erupting.

The lich tsar, Konstantin Pavlovich, and his wife, Johanna Cantacuzene, have been killed in a bloody battle, but are seeking a way back to power, back to life. It is up to Katerina to stop them – and to save her royal beloved, her family, and Russian society as a whole. When her former fiancé, Prince Danilo, resurfaces as a pawn of the lich tsar, his body literally being taken over by the other man’s soul Katerina is thrust into a precarious position – and pushed into a journey to save everything and everyone she holds dear, using a mix of ancient Egyptian magic and the skills gifted to her as a necromancer.

While The Morning Star is part of a series, readers who jump in at this point will not be lost. Background is provided at the outset, and the story can stand on its own as far as adventure, intrigue, and excitement – while, of course, leaving the reader hanging, looking forward to the series’ next installment. What is less clear, however, is why exactly readers thus far uninitiated in The Katerina Trilogy would want to read the novel. Call it the appeal of the supernatural, romance, and historical drama if you will, but readers less attracted to the more ridiculous trends and premises of young adult literature may find The Morning Star lacking something. While there is certainly action, adventure, and romance aplenty, the novel has very little depth, and the convoluted relationships of the various supernatural characters – is nobody in Russia’s imperial court (or, in fact, the whole of Russia) a simple human? – grows a bit tiring and hard to follow. That said, as a supernatural historical novel for the tween and young teenage sect, The Morning Star most certainly has some appeal. It’s just that its appeal is shallow. But who said shallow can’t be fun?