The Starling Project by Jeffery Deaver 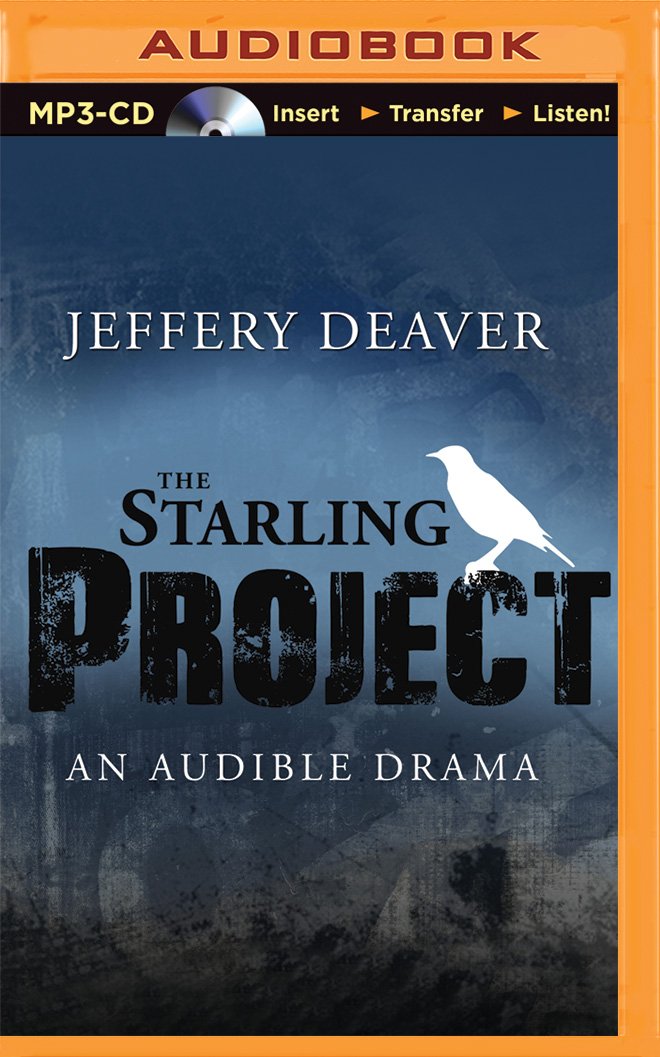 The Starling Project begins with The Volunteers – a team of agents, lead by Harold Middleton, working for the International Tribunal for Justice – or ITJ – hiding outside the home of a man who launders money for war criminals and waiting for a group of UN peacekeepers to raid the house for information in regards to The Starling Project, a nefarious plot with unknown ends. Though successful in their goal, betrayal and circumstances cost the team a member, and they retreat home to Washington D.C. to consider the information they acquired. After a bank robbery in D.C. turns out to be more than it seemed, the Volunteers set out to Europe to discover the identity of the mysterious Starling, and put an end to his Project.

As an audio drama, with a full cast but no narration, The Starling Project has many things working against it. The dialogue is laden with exposition that would be called excessive or unnecessary in other circumstances, but is in fact vital to conveying the actions of the characters in a performance such as this. Sadly, “laden” is perhaps the most apt word there, as this tends to make the dialogue feel cumbersome and unnatural in many places. The author does a reasonably good job of addressing things such as setting obliquely, which ameliorates this effect to a degree while still giving an impressive (for the circumstances) sense of place to most of the environments in the performance, but there is only so much that can be done.

The voice acting itself – aside from one or two unimpressively affected accents – is of good quality, and most of the actors manage to emote well without going over the top; there are, however, a few instances of obnoxious overacting, which, while ultimately plot relevant, are distracting in the moment. The foreshadowing in the book is a bit obvious at times, and many of the twists and turns in the plot can be seen coming, but in several places the author manages to slightly subvert the otherwise glaring tropes, adding a note of “ah, clever” to the beats. The performance has relatively little action, that being a difficult thing to convey within the limitations of the medium. Fortunately, the author does not resort to awkwardly explanatory dialog to convey such sequences; unfortunately, this results in them being brief, vague, and difficult to understand. Although they are usually elaborated on later in conversations or reports, where such exposition feels more appropriate, by then the excitement of the moment is long since dissipated, and the recounting of events ends up dry and factual. The end result is a fairly interesting story, with likable characters and compelling-but-not-earth-shattering stakes (always a delicate balance to maintain), told in an unwieldy way.