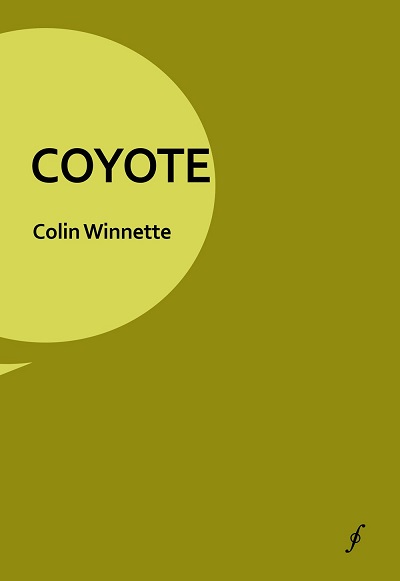 Written in a journal-entry style, Coyote, tells the story of a couple’s struggle with their daughter’s disappearance and eventually discovery. The reader is only given the wife’s point of view. Perhaps offering the husband’s perspective as well would make for a more complete story. The couple is not named, perhaps in an attempt to make them an “everyman.” This approach comes across as a little impersonal though.

What was she like? A phrase that is revisited throughout the book is where the wife tries to recall memories of her daughter as well as explain the character of her little girl. The more revealing moments come at the right places. This couple is deeply affected and changed by the disappearance of their daughter.

“Our town is filled with people who want to reach in and take your happiness from you. They want to stamp it out with their shitty heel.”

The wife’s obsession with finding her daughter turns violent toward the end. Whether it’s a result of her abusive relationship with her husband or not knowing if she’ll ever find her daughter is not clear. Those are the major driving forces within this story – emotion and memory.

Coyote explores how memories shape and eventually change this family and what comes from that change. This is an interesting take on what parents of a missing child go through.