Something Rich and Strange: Selected Stories by Ron Rash 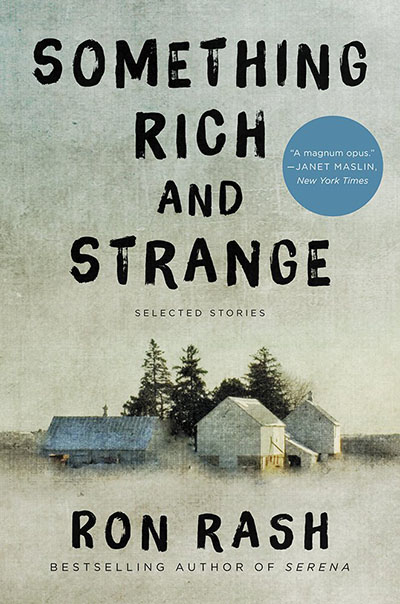 This collection of stories from storyteller Ron Rash, takes us deep into the world of Appalachia. A world that seems otherworldly and strange for those people who live elsewhere that it almost feels like another country, but it is right here in the United States. While the stories all share the same geographic location, they range over wide periods of time: From modern day Meth users in old cabins with no futures or education to speak of, to the Civil War, when people joined both side of the conflict and towns became divided and bitter. There are stories from the early days of settlement when it was a hard life, and it not gotten much easier since. There are also stories of the Civil Rights Era, when a time of change was on the horizon, but did not quite stick in this part of the country. Mr. Rash does a good job bringing to life the dirt poorness of his characters. His characters struggle with trying to get out by going to college, or failing and having to come back and have no money. These are all moving stories that bring to life a part of American life for those unfamiliar with the area.