The Opal Crown by Jenny Lundquist 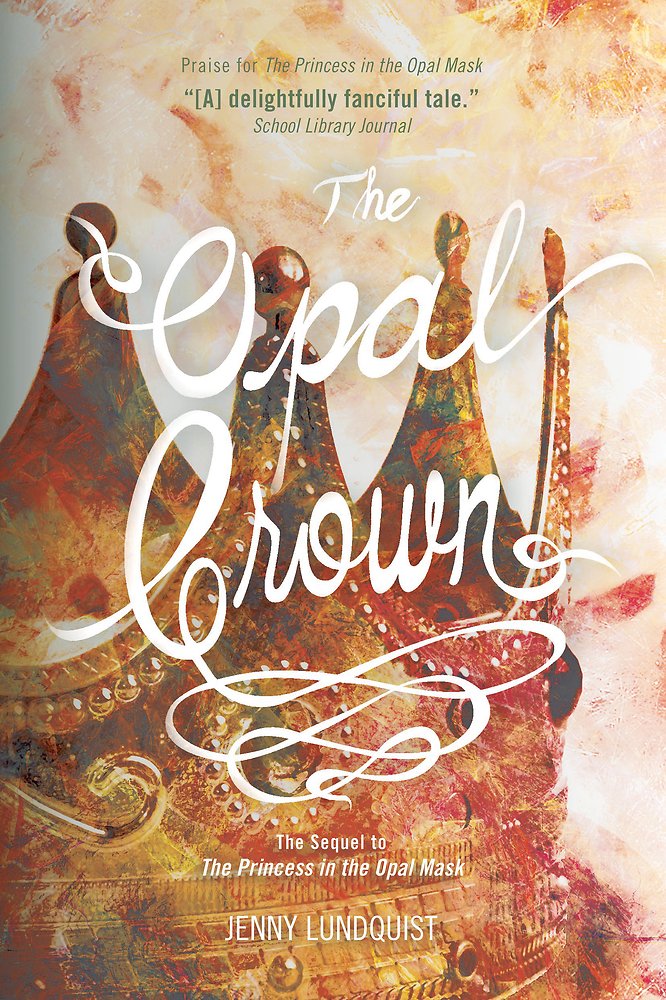 The Opal Crown is the second in a duology which began with the Princess in the Opal Mask. It is the better-told tale of the two, solving the problems of the original while building satisfactorily on its plot lines. The story opens with Elara and Wilha a year older, and still living the lies that ended the first book. Circumstances don’t allow them to stay still for long, as the death of their royal father thrusts them into a cold war against their own brother for the Opal Crown. In the race for the throne, the twins aren’t sure if they can trust anyone – not even each other.

One reason The Opal Crown works is that, from the beginning, it knows what kind of story it is. Gone are the fairy tale trappings of the first book and while some of that style is missed, the constant waffling between genres isn’t. The second book asserts itself as an intrigue tale and never loses sight of that, with enough twists to keep its 400 pages turning. The best of these twists center around the relationship between the two sisters. The jumps between their perspectives is much more effective this time around, used not only to show different pieces of the political story, but also to highlight how uncertain the two are as to the other’s intentions, intentions the reader is sometimes kept in the dark about as well.

The result is deeper character development. Wilha was barely a character in the first novel, her diminutive personality disappearing next to Elara’s brash spunkiness. The second novel sees Wilha as stronger, having used her year to build up her confidence. Her quiet is no longer the meekness of a mouse, but the silent strength of a stone. Elara, meanwhile is deconstructed. Her fire, so useful in foiling the villain of the first novel, here only paints her as a more visible, more predictable target. When asked to rule a country, Elara finds that she simply doesn’t have the skills. Instead she begins a slow slide towards villainy herself, and the uneasy question is raised: can a princess with her temperament ever be more than a tyrant in a crown?

Questions of this nature are the best thing about Opal Crown, but they also represent many of its lost opportunities. Did Wilha mean to flee the city without Elara at her side? When Andrei offers a truce, is it a trap? Will royal guard Patric choose his love for Wilha over his duty to his king? Did Wilha survive her murder attempt and who ordered the assassination? These are just a few examples of the cliffhangers offered by the novel, and in every case they are resolved only sentences after they are introduced. For the seriousness of its situations, Opal Crown offers solutions so optimistic as to sometimes seem unbelievable. This is a story where queens can marry their soldiers without repercussions, where an army of loved ones can rush into battle and expect to come out happily on the other end, where drama between lovers is resolved before it can become heartbreak. Almost nothing that is risked in Opal Crown is actually lost, and secrets are not kept long enough to become tense.

The few sacrifices that are made, with one notable exception, are by characters that have hardly been developed. The main characters are strong, but the side players are weak, weak to such a degree that readers will have trouble telling them apart, especially when some of them have unnecessarily similar names, such as “Nicholai” and “sir Nichols.” This unfortunately extends to the main villain, who is given little motivation for the things he does. He threatens, he creeps, he has little speeches, he all but twirls his mustache – but he never becomes compelling beyond representing a basic obstacle the princesses must eventually face.

That’s okay, though, because the deeper obstacle the twins must come to terms with are their own personalities and ability to lead a country. It’s this personal transition from childhood into the responsibility of adulthood that makes for a successful young adult novel. Opal Crown may not be a story told always with perfect grace, but it is one told with constant feeling for its two staring girls, and that is perfect for the audience it is aimed at.