The Portland Red Guide: Sites & Stories of Our Radical Past by Michael Munk 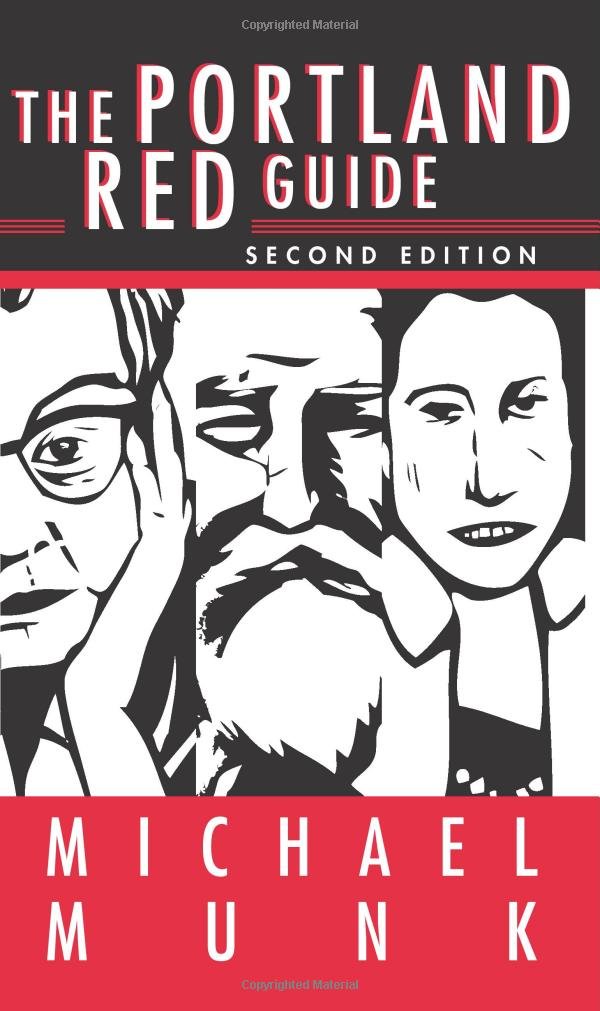 The vision of Portland that most people have had in the 21st century is that of a mildly eccentric, forward-thinking, progressive city with a left liberal government. Michael Munk’s book reveals another, earlier side of Portland – a conservative town where liberals and radicals were subject to prosecution and persecution. He details the notorious activities of the notorious Red Squad, a police-affiliated group that infiltrated everything from the local Communist Party to civil rights organizations.

The format of the book is something like a travel guide. Numerous buildings, monuments, and historical left-wing figures are documented. They are presented both as locations on detailed neighborhood maps, and in texts that describe the biographical or historical details behind the listings. These vary from sites of politically oriented murals to streets named after radical political figures. Munk offers detailed documentation of how Portland was influenced and run by developers and business people who had little use for any sort of political or economic equality.

Today’s Portland tends to be a city that regards itself as being in the forefront of progressive thought. Munk deals this notion a powerful reality-check, as he documents the activities of 20th century feminists, and union leaders. The author also mentions a variety of figures of literary and political import who were short-term visitors, or temporary occupants.

This will be an eye-opening book for fans of Portlandia, who have little knowledge of its social history.