The Wax Bullet War: Chronicles of a Soldier & Artist (OpenBook) by Sean Davis 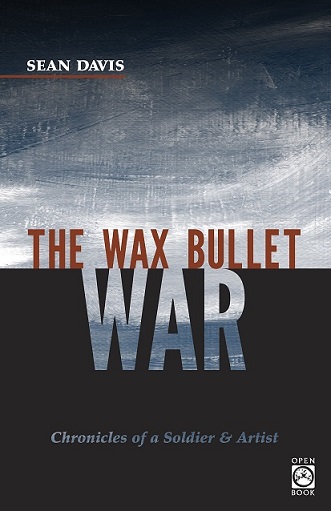 Inspired by 9/11 and stuck in a dead end job, Sean Davis re-enlisted in the National Guard, after serving two terms of duty in the Army. To his surprise, he finds himself in Iraq, fighting on the front lines. Even though he finds solace in the friendship of his Bravo Company, Davis feels helpless to combat the endless death and injury all around him. Ambushed by Iraqi soldiers, Davis carries a heavy load of guilt, because his best friend Simon Scott in blown up in the Humvee that they were both riding in. The guilt arises out of the bizarre circumstance that his friend had actually won a coin toss that would have left him at the base. Davis, knowing that his friend preferred to go out on the mission, falsified the toss, resulting in Simon’s death.

Throughout the book the author paints a vivid, if bitter picture of the actual nature of fighting a war. Every day choices must be made about whether an innocent-appearing civilian is actually a guerrilla fighter. Meanwhile the vehicles that Bravo Company drives are not armored, and in some cases are barely operative.

When Davis returns home, he turns to drugs and alcohol. Finally a VA psychotherapist is able to help him return to something resembling a normal state. Almost as an after-thought, the author in the very last chapter reports that he is married, has a daughter, and has made it both through college and graduate school. This is the only part of the book that I found lacking. How was Davis able to survive the transition, while some of his fellow soldiers remained in dead end jobs, and others never were able to adjust to a “normal” civilian life? Perhaps the author plans to write another book that will continue the story.

Overall, this is a strong description of what warfare, at least in Iraq is actually like. The author sees himself and his comrades as survivors, rather than heroes. The reader certainly will acquire a better understanding of why veterans have so much difficulty re-adjusting to a civilian life without warfare and its constant demands and dangers.