A Darker Shade of Magic by V.E. Schwab 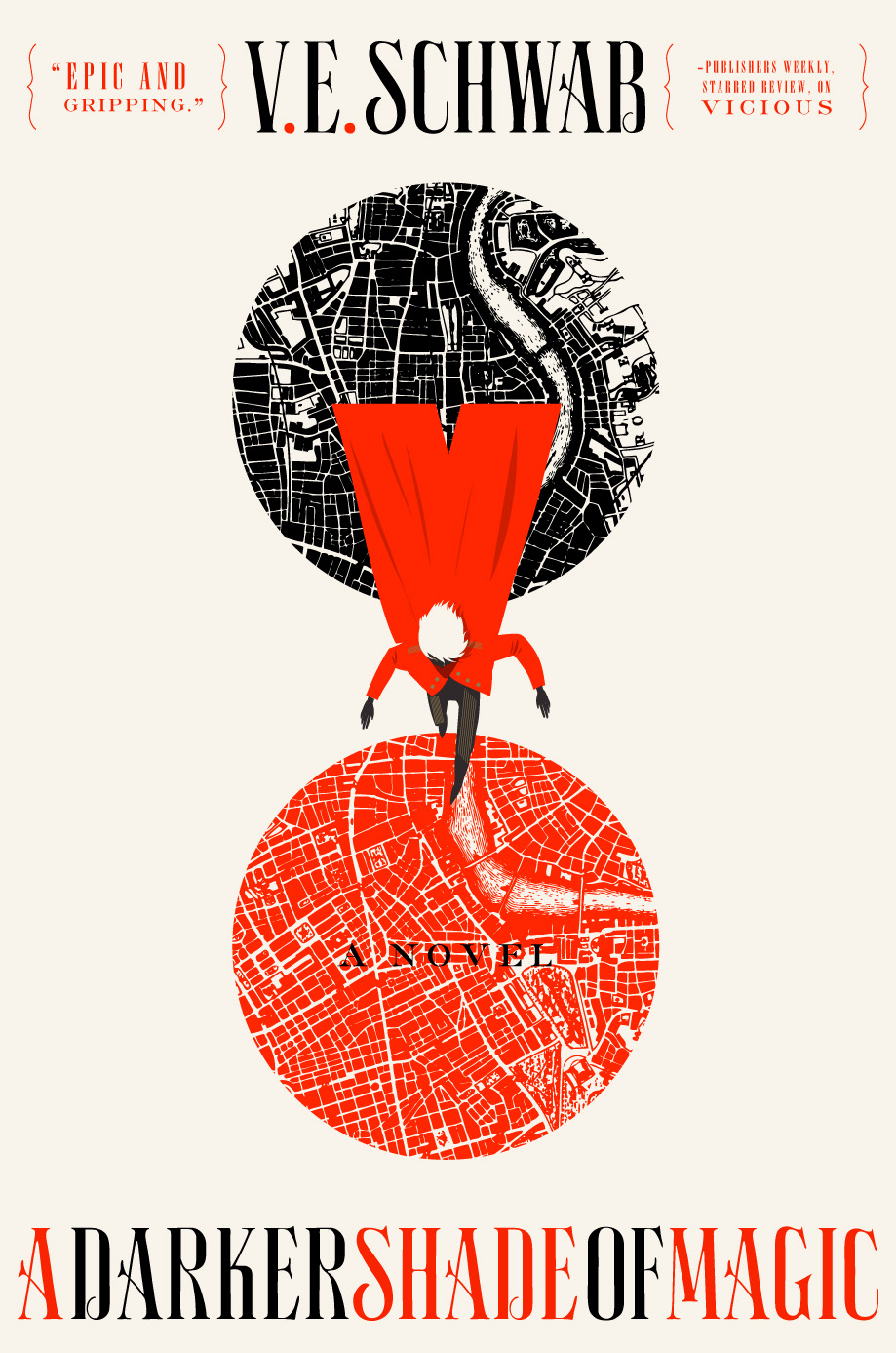 V.E. Schwab – who also publishes young adult and middle grade fiction under Victoria Schwab – made her adult debut with 2013’s Vicious, a revenge tale between superhero-like figures that turned the genre’s tropes on its head and delivered breathless, nasty fun with every turn of the page. Her new novel, A Darker Shade of Magic, is the first in a planned fantasy series about parallel Londons, powerful magicians who suffer the consequences of their choices, ruthless and power-hungry rulers, and a thief who aspires to captain her own pirate ship.

Initially, Magic centers around Kell, one of two magicians in the world(s) able to travel between parallel universes. More specifically, he travels between alternate Londons: Red London, his home and a largely benevolent place where magic thrives; Grey London, which is the city of our world, largely void of magic; and White London, a land ruled by murderous twins, desperation, and harsh magic. We also learn of the legendary Black London, long ago destroyed by its own magic. Despite living a privileged life amongst Red London’s royal family, Kell’s status as a magician who can travel between worlds means he is destined to be used as a messenger between the rulers of each London. In addition to his official duties, Kell also illegally smuggles objects between worlds, and it’s this side hobby that lands him in the middle of a conspiracy that could have disastrous consequences across the parallel worlds.

It’s also how he ends up crossing paths with the novel’s most vivid character, Delilah “Lila” Bard, a cross-dressing thief prowling the back alleys of Grey London. From the very start, Lila is a force to be reckoned with, maintaining her own agenda and thirst for adventure even as she falls in with Kell’s greater mission to save his home. Schwab avoids pinning Lila as the old-school rogue with a heart of gold, instead giving her ambition, ruthlessness, and often selfish desires, but never judging her for those desires. (And they’re such simple desires – a sword and a ship.) She has Kell’s number from the get-go and proves herself a master manipulator, armed with fearlessness and a quick wit.

In truth, Lila Bard is what buoys the back half of the book as it becomes her story too. Schwab’s prose is sharp and lively, but after taking its time building towards its plot, A Darker Shade of Magic ultimately plays out in a rather by-the-numbers fashion, underscoring its “there are consequences to too much power” with a heavy hand. And for all its parallel worlds and insanely creative touches (you will want Kell’s coat), Magic feels oddly constricted, never quite opening the reader up to the expansiveness of the novel’s overall universe, or delving deep enough into Kell’s relationships with other characters, namely his adoptive prince brother Rhy. Though the story itself reaches a resolution in the final pages, the book feels like a taster for much bigger things to come. Despite Magic‘s flaws, you’ll be be anticipating the further adventures of Kell – and especially Lila.