Christmas at Twilight: A Twilight, Texas Novel by Lori Wilde 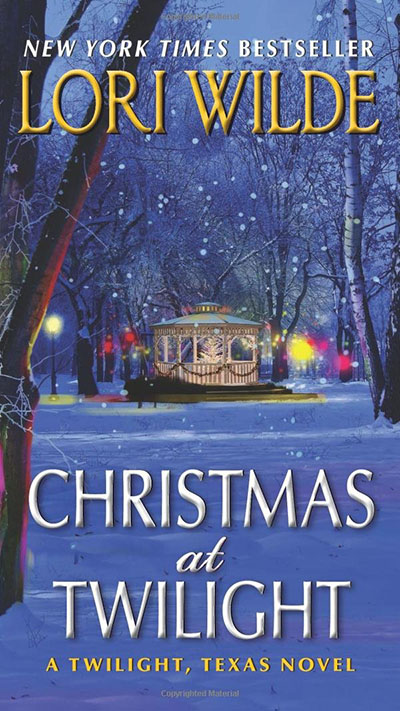 There are a lot of ways people phrase finding their ‘true love’. In Christmas in Twilight it is described as ‘True North’ and the book is as charming as the phrase. Meredith is on the run from a psychotic ex husband with her young son when she lands in Twilight, Texas and rents the second floor of Ashley Hutchison’s home. Ashley inherits Behavior Personality Disorder from her mother and calls one day to say she has fallen in love with a new man and asks Meredith to look after her daughter. With unfulfilled promises to be back soon and ignoring the pleas of leaving so close to the holidays, Ashley leaves and offhandedly mentions a brother. This brother happens to be a Special Forces veteran recently released from the Army due to an injury to his trachea, which hasn’t allowed him to speak yet when an accident left him the lone survivor of his unit. Hutch, as he is known to all, returns to his home to find a strange woman claiming to rent the upstairs, who goes by another name, no sister, and his precious niece more bonded with the stranger and her son, then him. As Hutch and Meredith make an arrangement to coexist and help each other out, Hutch learns to reconnect with the person he was before the tragedy and Meredith learns to trust, love and find her True North. The ultimate suspense is twisted with worry for Ashley and if her ex will find her. This is a book filled with love, holiday magic, suspense and sexual tension keeping any reader turning the page late into the night.