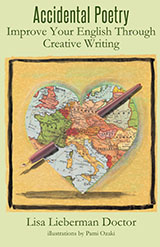 A story problem is created when the inciting incident triggers an internal and external problem for the protagonist.

Here’s an example. Let’s say, in the opening pages of a novel, a protagonist named Jim learns he’s been fired from his position as chief operating officer of an international corporation. This comes as a complete shock, since Jim was expecting his contract to be renewed.

Jim’s termination is not the story problem, but rather the inciting incident, that which makes this day different than any other and sets the wheels in motion for the rest of the book. The incident leads to a story problem only if it’s a problem for Jim.

In one version of the story, Jim reads the letter of termination and is thrilled. He can finally achieve his dream of retiring to Hawaii. In another version of the story, Jim has filled the void within himself by being wedded to the corporation; it’s all he has, and it’s all he believes he wants. Getting fired leaves him bereft. He doesn’t know how he can go on living.

Same incident, but diverse reactions. And it’s the reaction of the protagonist that makes all the difference. In the first scenario, the inciting incident has no negative effect on Jim. In the second, it activates an internal struggle that pushes the story forward. We want to know what happens next.

I’ve seen perfectly good inciting incidents fail to create a viable story problem because the protagonist had no impactful reaction. A former student of mine began his opening chapter with a character who learns that his wife has died in a car accident. Strangely, the character showed no reaction to the tragedy. “What’s the story problem?” I asked the budding author.

He shrugged. “His wife died?”

Once the inciting incident and a worthy reaction to it has been identified, the next hurdle is to dig deep into the character in order to find that which haunts and challenges him, and therefore provides him with a strong response to the inciting incident. In my own work with writers, I’ve created hundreds of writing exercises that probe the dark corners of the character’s psyche. I ask about their faulty belief system created in early childhood, the dynamics in their nuclear family, their yearnings and their secret shame. I ask writers to connect the deepest part of themselves to the protagonist in order to find the basis for common emotions. And then, once the connection is established, I ask writers to step out of the way and allow the characters to become whole and separate people.

Having worked with writers around the world, I took many of the exercises and compiled them into a new book called “Accidental Poetry: Improve Your English Through Creative Writing.” While it’s designed to help new speakers of English express themselves in a language they’re still in the process of learning, the exercises can also be used to help writers find the core internal issues of their protagonists so that these characters can have a real and profound reaction to the inciting incident. At that point, the author will have a viable story problem to work with, one that holds readers from the first page to the last.

Lisa Lieberman Doctor is the author of the writing book, Accidental Poetry: Improve Your English Through Creative Writing and the novel The Deflowering of Rhona Lipshitz. She has been working with writers since 1977. Over the years she has served as: a development and production executive at Universal Pictures, Warner Brothers, TriStar Pictures (where she was Vice President of Robin Williams’ company, Blue Wolf Productions) and several independent production companies; a staff writer on ABC’s General Hospital, where she was nominated for a Daytime Emmy and Writers Guild Award; an expert witness in motion picture copyright law; and a writing instructor at the UCLA Writers Program; the California State University; The Esalen Institute; The University of the Balearic Islands; and the TV Writers Fund For The Future. For more info, visit lisadoctor.com.