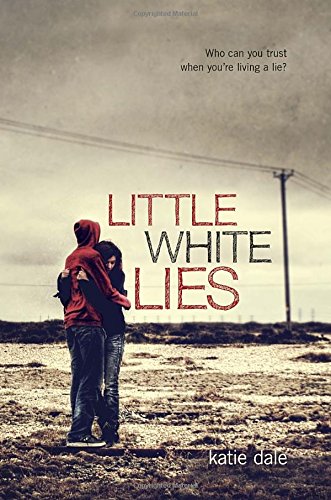 Little White Lies by Katie Dale is a contemporary mystery for young adult audiences. The book follows the story of Louise “Lou” Shepherd, a young woman starting her first year of university. Her life seems normal – making friends in the dorms, going on early morning runs, attending classes, working a job – but when a handsome boy, Christian Webb, enters Lou’s life, is it all as laid out as it seems? Christian and Lou soon find themselves wrapped up in not only each other’s lives, but each other’s little white lies as well.

To its credit, Little White Lies does a lot of things right. Dale’s writing is on par with many rising young adult authors in her field. While maybe not to the level of authors like Markus Zusak, Suzanne Collins, or John Green, Dale may very well be on her way to reaching such heights as she hones her craft in any future book she might write. For only her second novel, Little White Lies fairs very well. The author captures the voice of her young protagonists suitably, and creates characters interesting enough to keep the audiences’ attention. Dale’s strongest writing tactic is her plot twists; a literary device she uses throughout the entire novel. While some revealed twists are a bit abrupt and maybe don’t quite work, most will leave the audience astounded and aching to know more.

While Little White Lies makes for an enjoyable adventure, readers may feel slightly let down as the book unravels in their palms. The stakes set for the characters are absurd at times, and often the reader will question why characters make bigger deals out of the situations they’re in than need be. Most of the characters act irrationally and have odd reactions to just about everything. While the plot twists at times are a big plus, when twists don’t pan out they leave readers disappointed and questioning the author’s intentions. The most painful part of this book is the romantic angle. Though the romance is set up from the very start and it is obvious from the get go that the two protagonists are supposed to fall madly in love, as secrets are revealed readers will question why Lou would even be attracted to Christian in the first place. Especially considering the short timeline of the story, the whole relationship seems incredibly forced and more creepy than romantic in any sense. The book would have fared better as a straight up mystery, leaving the romance completely out of the game.

That being said, the book makes for a quick, snappy read and readers will eat this novel up quickly, even with the questionable love story embedded in the text. Although Dale may have room for growth as a writer, let it be known that she knows how to write an intriguing story that audiences won’t want to put down until the final secret is revealed.