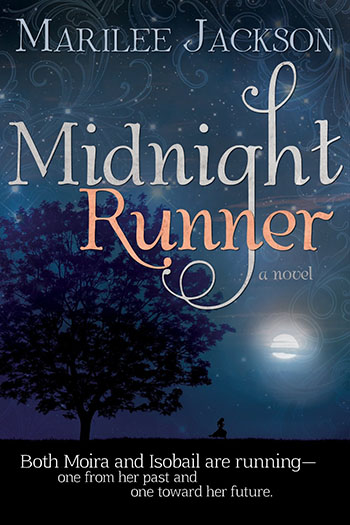 Midnight Runner begins with immediate captivating action where Moira is running for her life. An orphaned girl with big ambitions to make a life she’s always dreamed of, Moira can’t possibly imagine what will soon be at stake for her. An action-packed adventure takes her from small town Trom to the royal city.

“Moira knew her only chance was to leave in the middle of the night.”

Themes of social class within a caste system are addressed as “Moira often wondered what made a person royal or noble.” It’s Moira’s determination and strength that motivate her to find a better life away from grief and slavery toward one where she is free and independent.

While Moira’s fight is admirable and her character strong in the face of evil, there are adult themes with moderate violence, abuse, and murder that readers should be made aware of in advance. The main character grows from a six-year-old to a stronger young woman, but along the way she encounters villains and dominating adults who try to keep Moira from reaching her goals at all costs. For a more mature young reader, though, Marilee Jackson’s Midnight Runner offers a unique tale of perseverance and redemption.